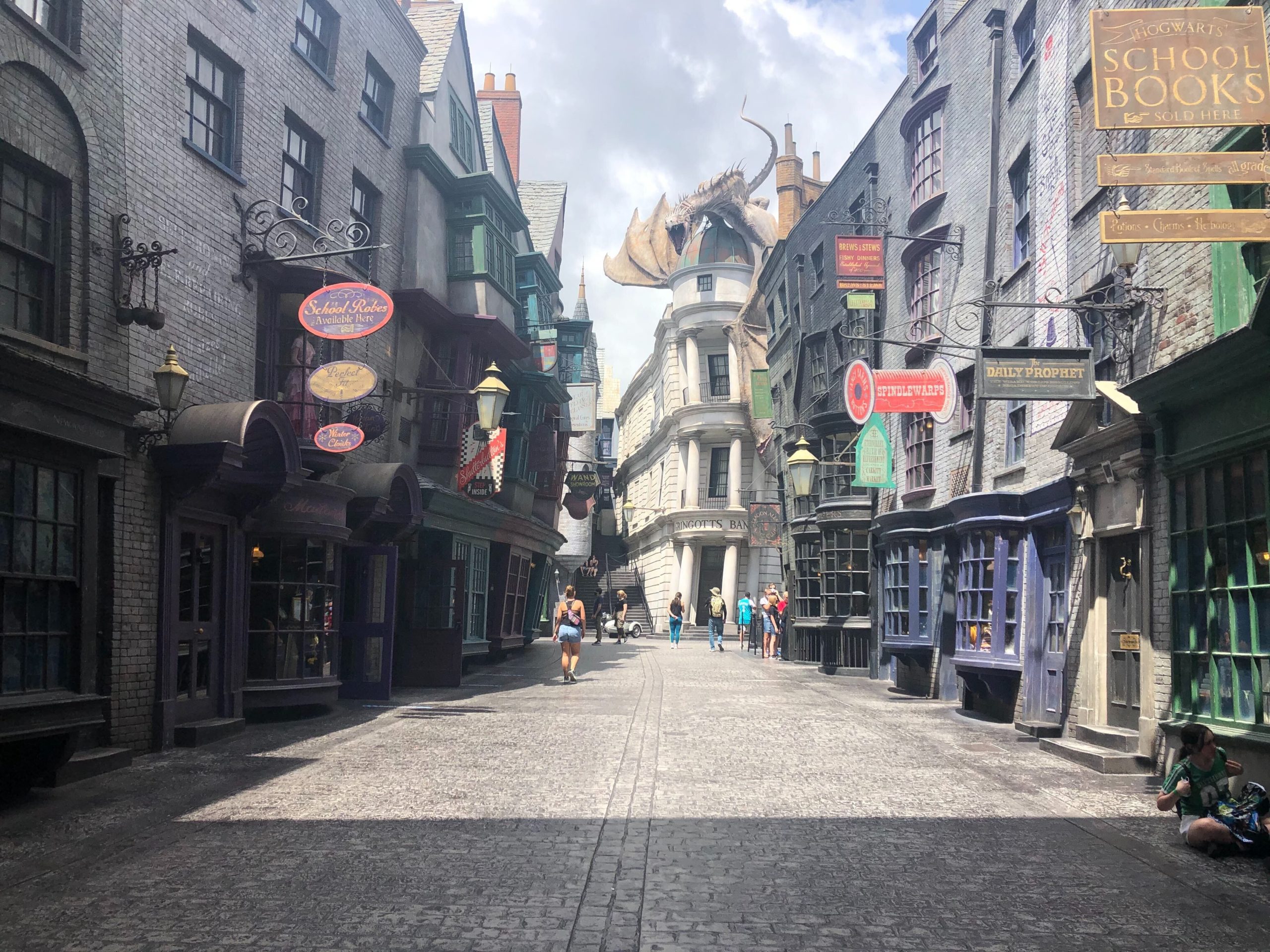 Welcome to a quiet day here at the Universal Orlando Resort. The morning started off with blue skies and fresh doughnuts, as we stopped into Voodoo Doughnut at CityWalk to try their two new seasonal offerings.

We tried the new Jack the Clown Halloween Horror Nights Doughnut and the Pumpkin Spice Doughnut. Between the two, Jack was our favorite.

Stopping into the Universal Studios Store at the entrance of Universal Studios Florida, we discovered a new blacklight reactive hoodie featuring the Halloween Horror Nights Icons. This hoodie is available for $50 and can also be found in the Tribute Store.

The morning was very quiet, even for a Monday. The sky was quickly turning gray, so maybe the weather contributed to the lower crowds.

The Custom Gear Shop in San Francisco is trying to stir up some business by putting signs out front to let guests know they’re open. Typically, guests would exit Fast & Furious Supercharged through this gift shop, but since the attraction is temporarily closed, this store has a lot less traffic. There is a FuelRod machine in there, too, so that’s a reason to stop in on your next visit.

We arrived at Diagon Alley just in time for the rain.

We took the Hogwarts Express to avoid the rain and headed over to Islands of Adventure. Hogsmeade is pretty quiet, aside from guests waiting for Hagrid’s Magical Creatures Motorbike Adventure to reopen after closing for the weather.

We’ve noticed some repairs around a few of the attractions in Seuss Landing recently. The fish in the tipping teapot over the entrance sign of The Cat in the Hat has been missing lately, but he has returned, and he moves again! This is a great sight and it caught our attention as soon as we entered the land.

The High in the Sky Seuss Trolley Train ride also received some fresh new orange fabric over the Fix-It-Up Machine in the queue. When the park reopened in June, this was ripped and stained, and a few weeks ago we noticed there had been patches added over the holes. Now we’re happy to report that the fabric has been replaced, although it wasn’t moving at the time.

Checking in on the “Velocicoaster” construction, some of the panels along the backside of the show building are a different color now.

When Skull Island: Reign of Kong is a 15 minute wait, you know the parks are dead.

Some locations, such as Captain America Diner, are open as rain shelters during storms.

That’s all for this visit to the Universal Orlando Resort. Thanks for joining us today and be sure to stay tuned for more updates!

RUMOR: Universal Studios Florida and Islands of Adventure to Close Select Weekdays Due to Low Attendance