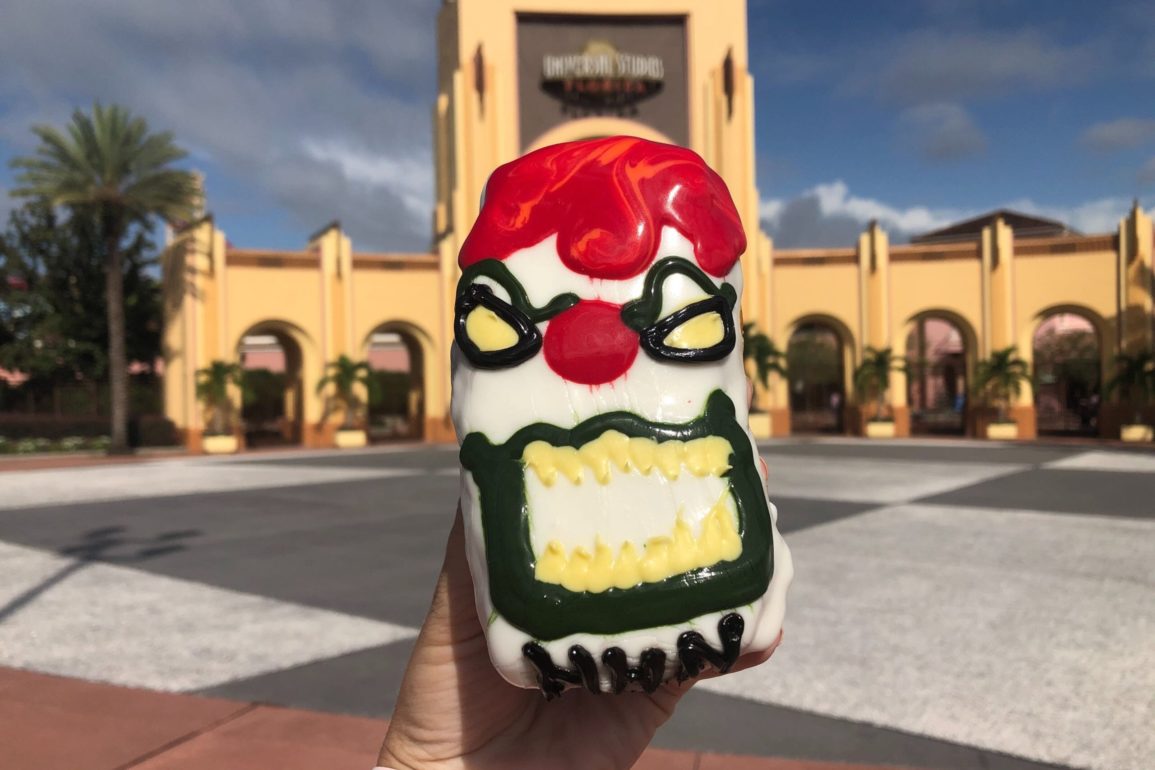 Even though Halloween Horror Nights isn’t happening this year, Universal Orlando Resort has found plenty of ways to bring the terrifying fun with specialty merchandise and food. Now, they’re paying tribute to arguably their most popular event icon with a Jack the Clown doughnut!

The doughnut, available at Universal CityWalk Orlando, is a raised yeast doughnut filled with raspberry Bavarian cream and decorated with vanilla frosting and vanilla icing to make up Jack’s intimidating face. In addition, the letters “HHN,” for Halloween Horror Nights, have been added along the bottom in black icing.

Naturally, Jack belongs at Universal Studios Florida, so we couldn’t help but take him over to the park entrance.

The icing started to run slightly in the morning sun, so if you’re someone who doesn’t like a mess when you eat, we suggest that it be eaten shortly after purchase.

They even managed to put in the swirls to represent his curly hair.

Despite Jack’s evil nature, we can only describe this as seriously sweet. Even as we felt the sugar rush coming on, we really couldn’t put it down.

Although the filling has a heavy, bright raspberry taste, there’s almost a slight hint of strawberry as well. We didn’t find it tart or offensive, but rather very sweet and almost jelly-like.

The vanilla icing flavor compliments the raspberry filling perfectly for a wicked way to start or end your day at Universal Orlando Resort. The doughnut, unsurprisingly found at Voodoo Doughnut, sells for $3.75.

Are you ready to try this horrifying treat, or you more interested in the goodies now available in the Halloween Horror Nights Tribute Store? Sound off in the comments!