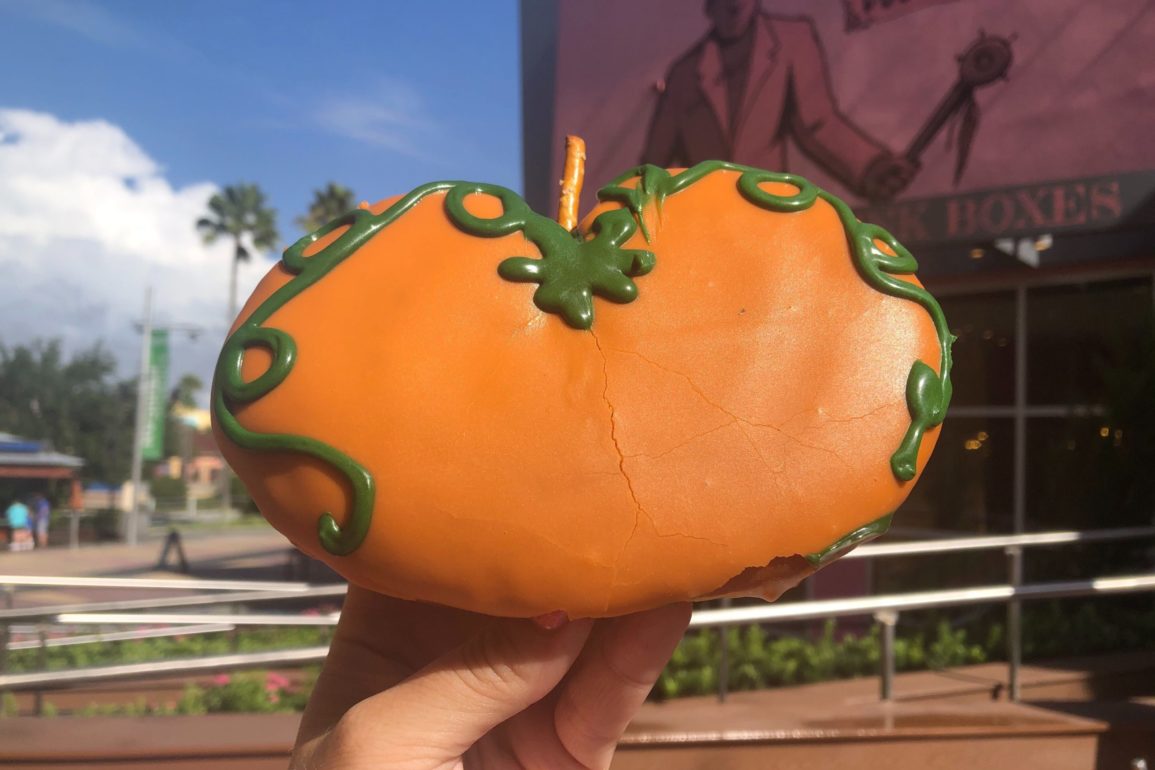 Even though it’s still technically summer, the flavors of fall have arrived at Universal CityWalk Orlando, and Voodoo Doughnut is getting in on the act with a new pumpkin doughnut!

It’s a raised yeast doughnut with a pumpkin spice filling and covered in vanilla frosting, finished with a pretzel “stem.”

It’s a pretty-looking doughnut, but unfortunately beauty is only frosting-deep here.

This doughnut was a bit of a let down, honestly. It deserves points for being massive and enough to share, but it’s pretty basic… and not the good kind of basic.

There’s a good amount of pumpkin spice filling in the center, but there’s a lot of boring fried dough to get through to find it. Once you do, it fails to impress with flavor.

If you’re a pumpkin spice fan, you will be left searching for that desired seasonal fall taste. It was a bit like pumpkin pie, but very light in flavor.

The sugary sweet vanilla frosting stood out more than the actual pumpkin flavor.

All in all, for the $3.75 it costs, you’re better off skipping this one and going for the Jack the Clown doughnut and a trip to Starbucks instead.