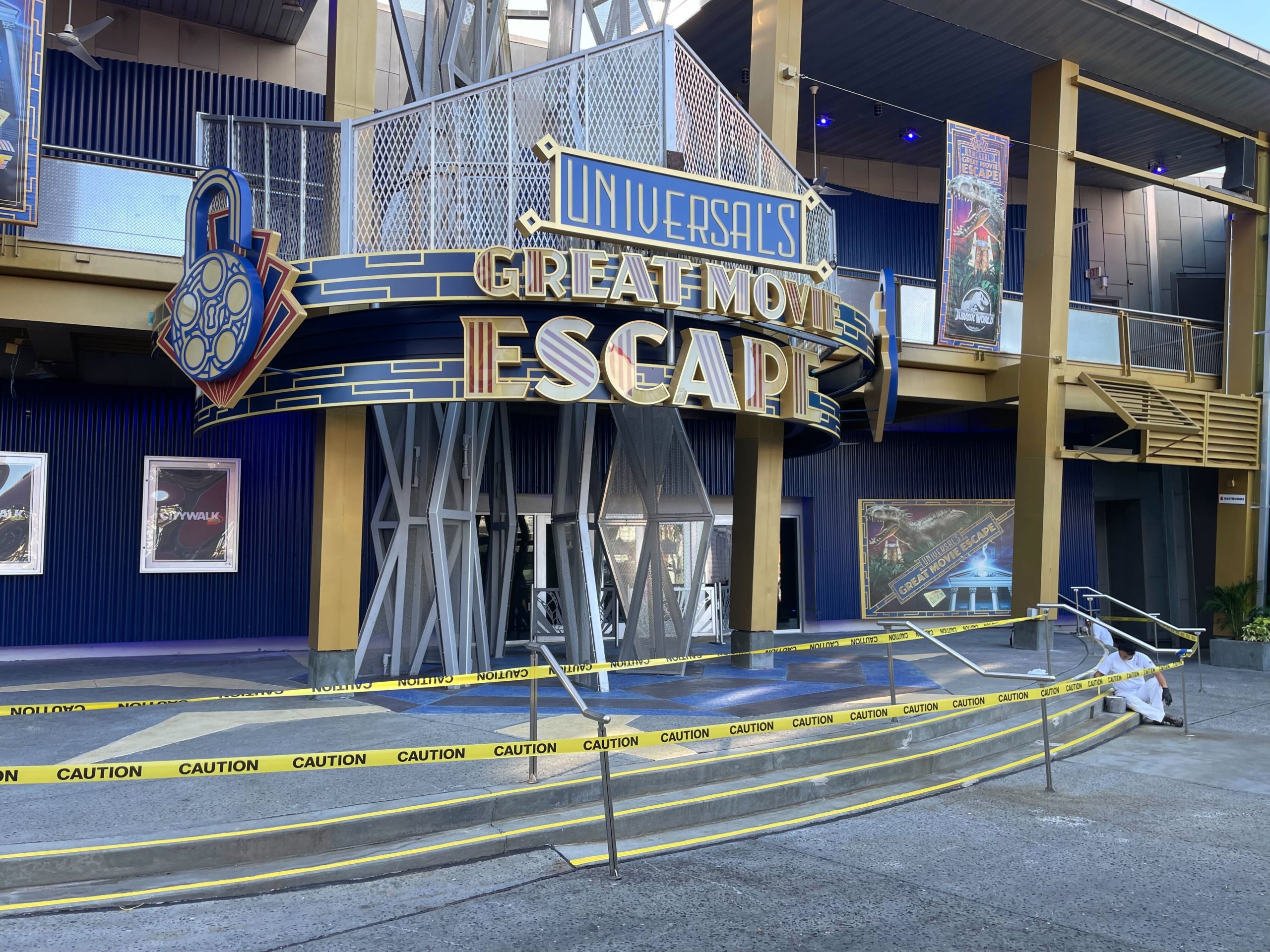 The walls are likely blocking a basic refurbishment.

The tape surrounds the steps and railings, which have been repainted.

The new experience will have “Jurassic World” and “Back to the Future” themed escape rooms.

Universal announced that Universal’s Great Movie Escape would open this fall, which means it should open within the next month.