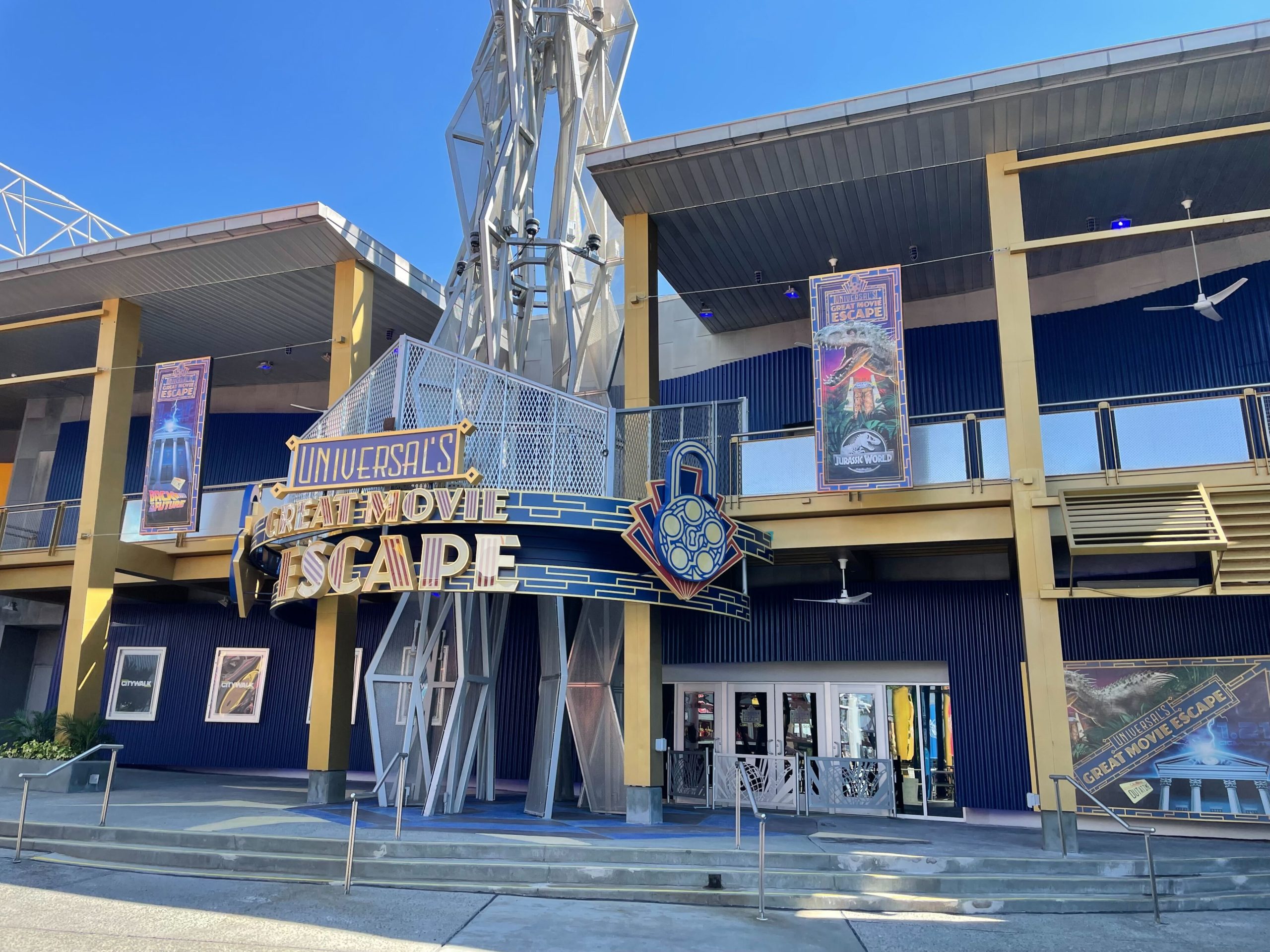 There is still no opening date for Universal’s Great Movie Escape at Universal CityWalk Orlando, but new banners now hang outside the upcoming escape room attraction.

There is a banner each for the “Jurassic World” escape room and the “Back to the Future” escape room.

The “Back to the Future” banner features the film’s clocktower being struck by lightning, and the “outatime” license plate.

Additional details and ticket information has yet to be released, but we expect that announcement to come in the near future as the attraction is set to open up this fall.