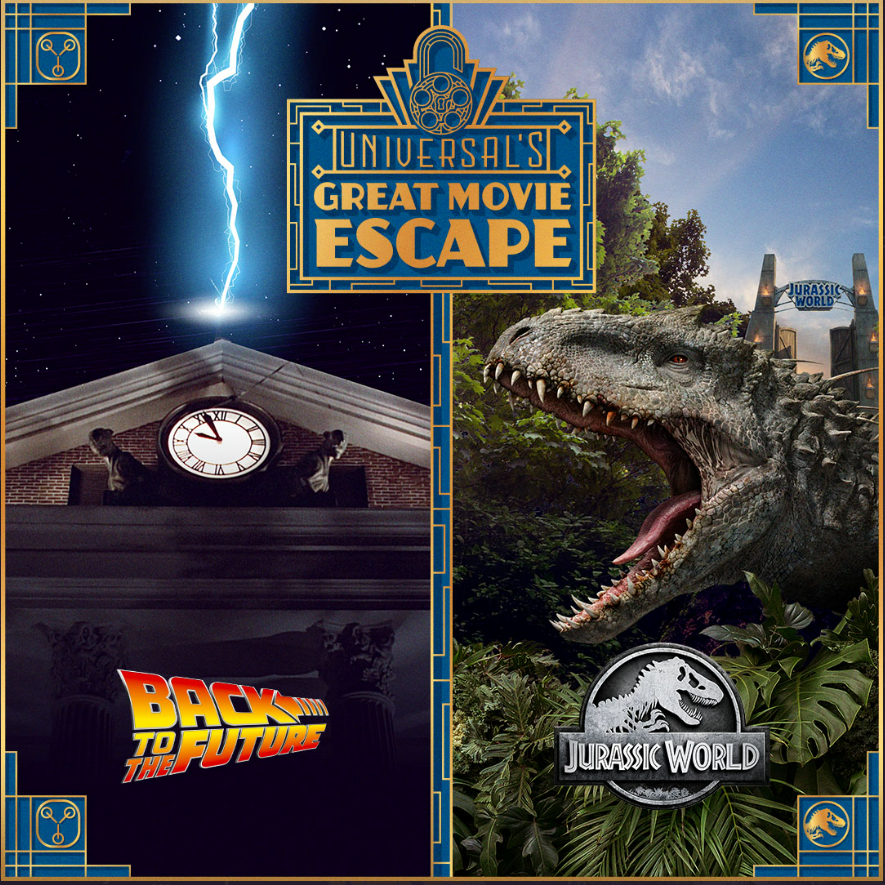 Universal has confirmed our report that escape rooms (or escape adventures, as they were referred to officially) are coming to Universal Orlando CityWalk.

The announcement reads, “Universal’s Great Movie Escape, two extraordinary escape adventures inspired by Jurassic World and Back to the Future, is coming to Universal CityWalk this Fall. Tickets and additional details will be released soon.”

We first reported the upcoming escape rooms and Universal trademarked the “Universal’s Great Movie Escape” name for a venue and merchandise. It will likely be at the former site of The Groove at CityWalk, where construction and refurbishment have been underway since the club closed.