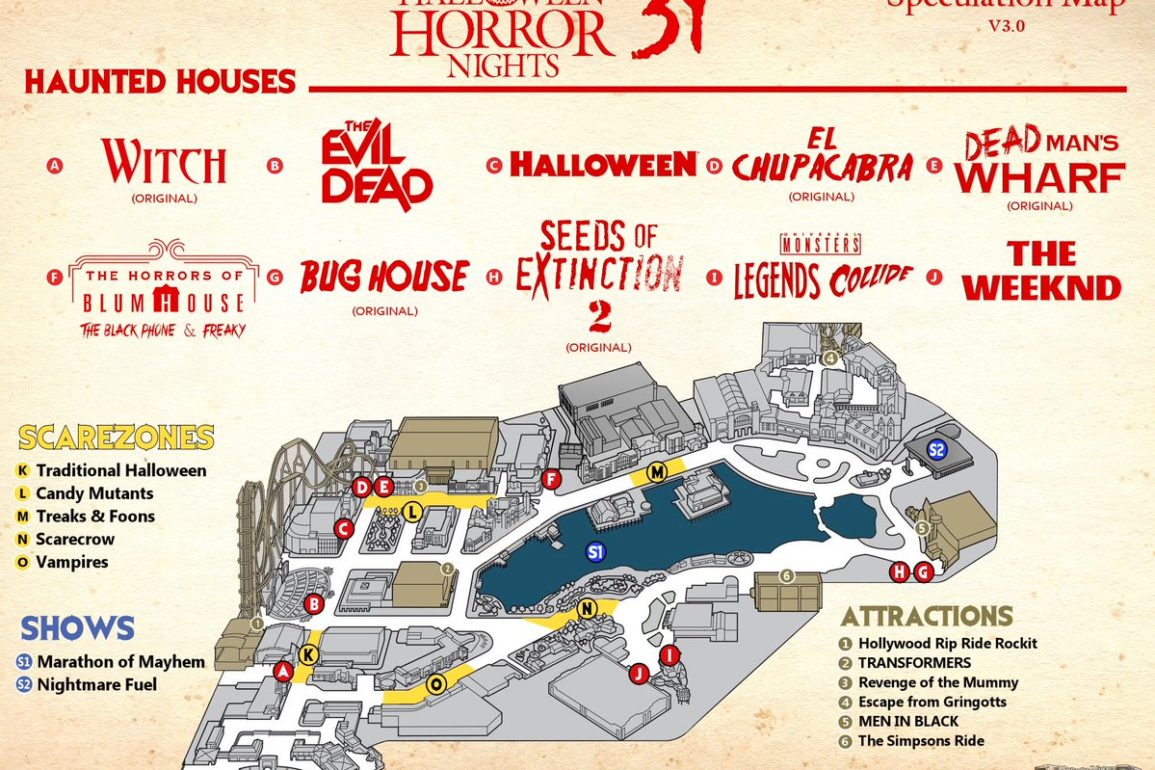 Horror Night Nightmares (@HHNightmares) have shared their latest speculation map for Halloween Horror Nights 31 at Universal Studios Florida. As always, these maps are only speculation and are very likely to change as we get closer to the event. The map has seen a few big changes since the last update released in April.

@HHNightmares also shared an updated Universal Studios Hollywood speculation map, but everything is approximately the same as the last version.

The rumored “Stranger Things” house is no longer listed and has been replaced by “The Evil Dead” at the Universal Music Plaza. Seeds of Extinction 2 — an original house based on the Seeds of Extinction house that appeared at Halloween Horror Nights 28 — is now listed at location H, near MEN IN BLACK, replacing Wicked Growth 2. A new original house, Witch, is now listed for the A spot — near Despicable Me Minion Mayhem. Some other houses have also switched locations.

“Nightmare Fuel” is now listed among the shows. “Halloween Nightmare Fuel” originally debuted during last year’s Halloween Horror Nights 30. It was performed at the Fear Factor amphitheater, which is where the speculation map places it this year, too.

Several Scare Zones have been added as well. Check out the full list of houses, Scare Zones, and shows from the speculation map: