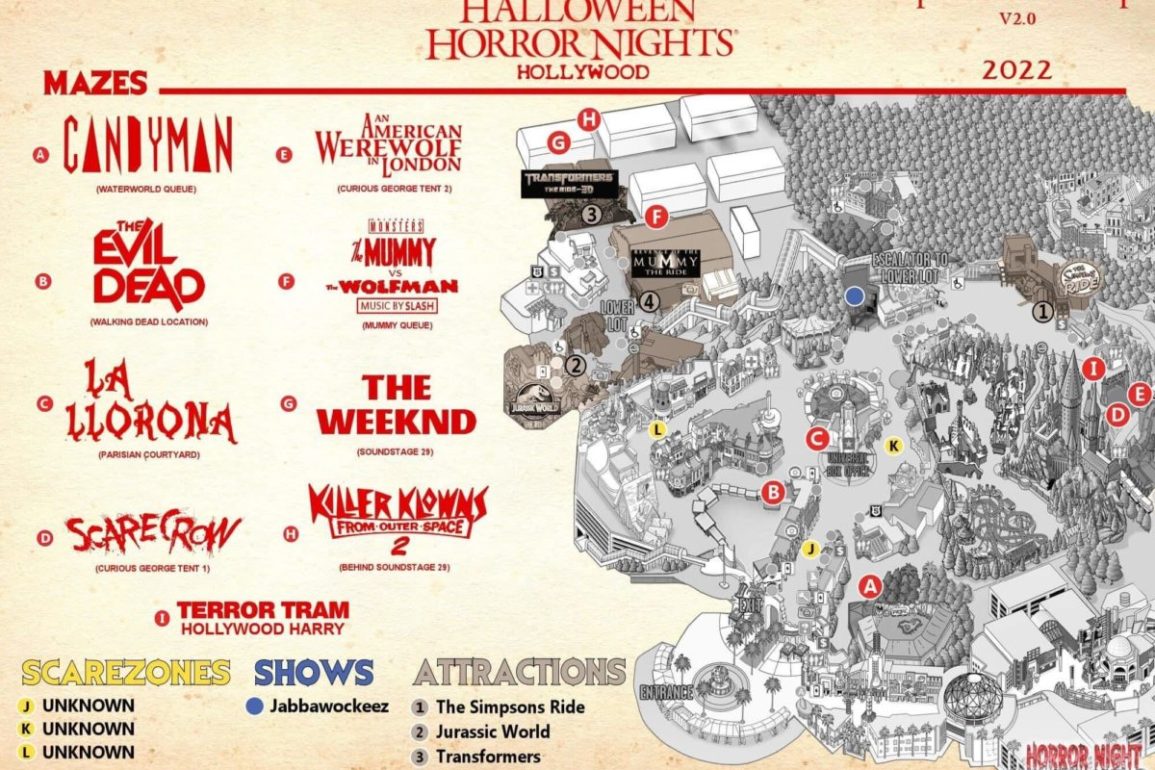 It’s time for another round of speculations! The latest map of potential mazes and scare zones for Halloween Horror Nights 2022 at Universal Studios Hollywood is now available. Thanks to @HNNightmares on Twitter, we have an updated map for possible mazes at this year’s event.

No scare zones are listed, and Jabbawockeez is still listed as a potential show.

Candyman is the latest addition to this map, replacing “Nope” from the first version. As a reminder, these maps are only based on speculation and will continue to change as the event approaches. What do you think of this lineup for Universal Studios Hollywood? Are you planning to attend Halloween Horror Nights 2022?