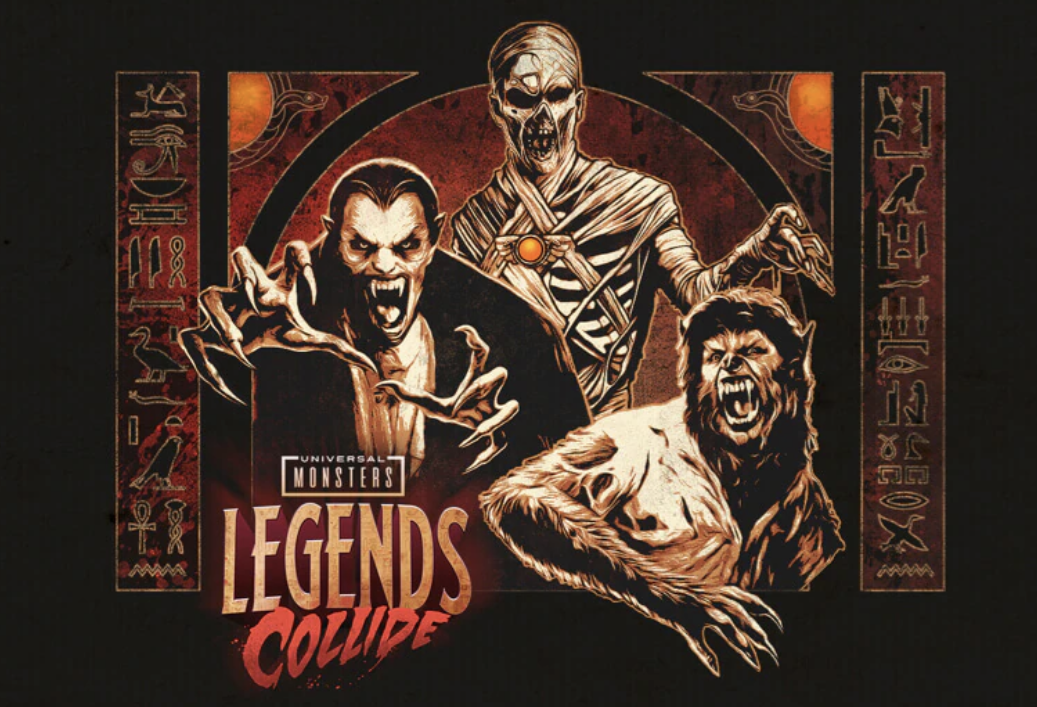 The description reads, “If you thought one Universal Monster was scary, how about three? Better summon your scream squad, ‘cause you’re about to get caught in the middle of an epic battle between The Wolf Man, Dracula and The Mummy, together for the first time ever. Their mission: To find the amulet that will break their curse. And they’ll destroy anyone who gets in their way.”

This house was announced for Universal Studios Hollywood last week.

There will be ten haunted houses, five scarezones, and two live shows. The event takes place on select nights between September 2 and October 31.