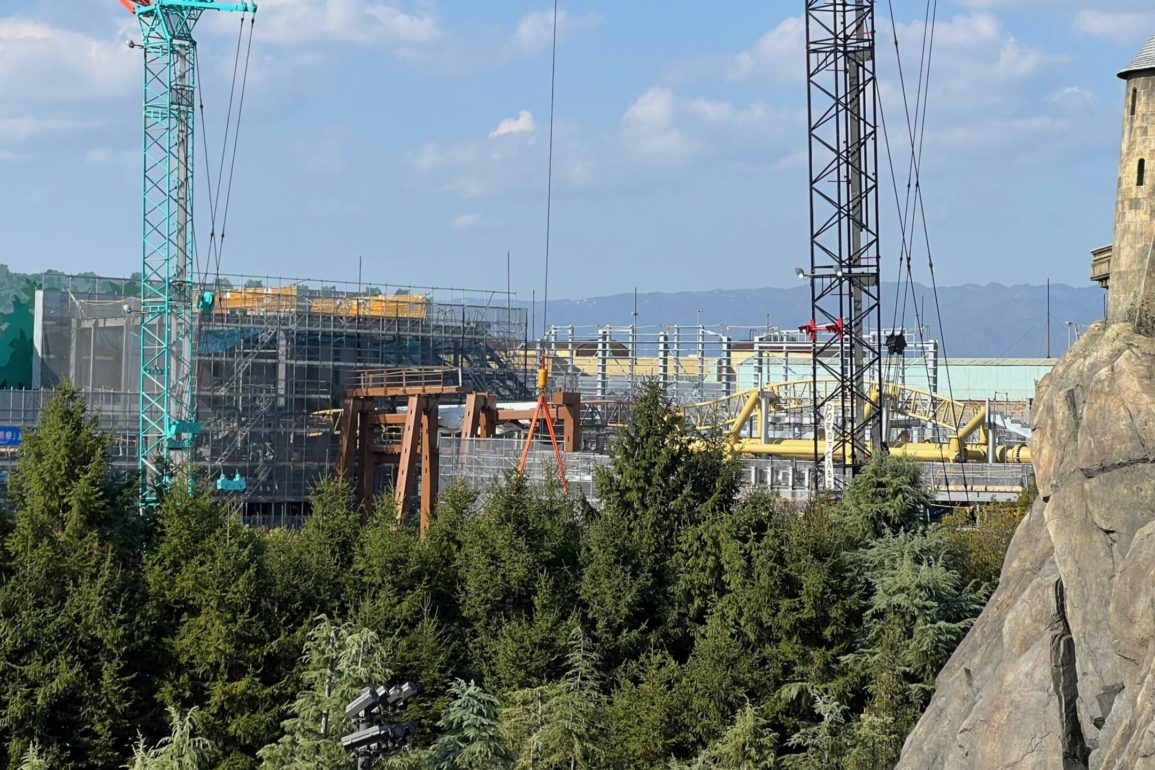 While the second phase of Super Nintendo World at Universal Studios Japan, themed to Donkey Kong, has been an open secret for a couple of years until very recently, there hasn’t been much word regarding the start of construction. Luckily on our latest visit to Universal Studios Japan, we were able to catch a short glimpse of Donkey Kong’s construction, including an exciting new development!

Although construction is difficult to see from inside the park thanks to its isolation in the back corner, there are a few vantage points to catch a glimpse inside.

A closer look reveals that while basic structures are still being constructed for most of the area, some roller coaster track for the area’s headliner attraction is visibly being lifted in to place already. Rumors point to a coaster that will appear to “jump off the tracks” similar to the mine carts in Donkey Kong Country, but Universal has remained tight-lipped about this area’s specifics.

No matter what, we look forward to seeing the Donkey Kong expansion to Super Nintendo World opening in 2024, and we’ll keep an eye on its development over the coming years. Are you planning to visit Super Nintendo World? Let us know in the comments below!

Previous
PHOTOS: Safety Nets Added Between Cars on The High in the Sky Seuss Trolley Train Ride at Universal’s Islands of Adventure