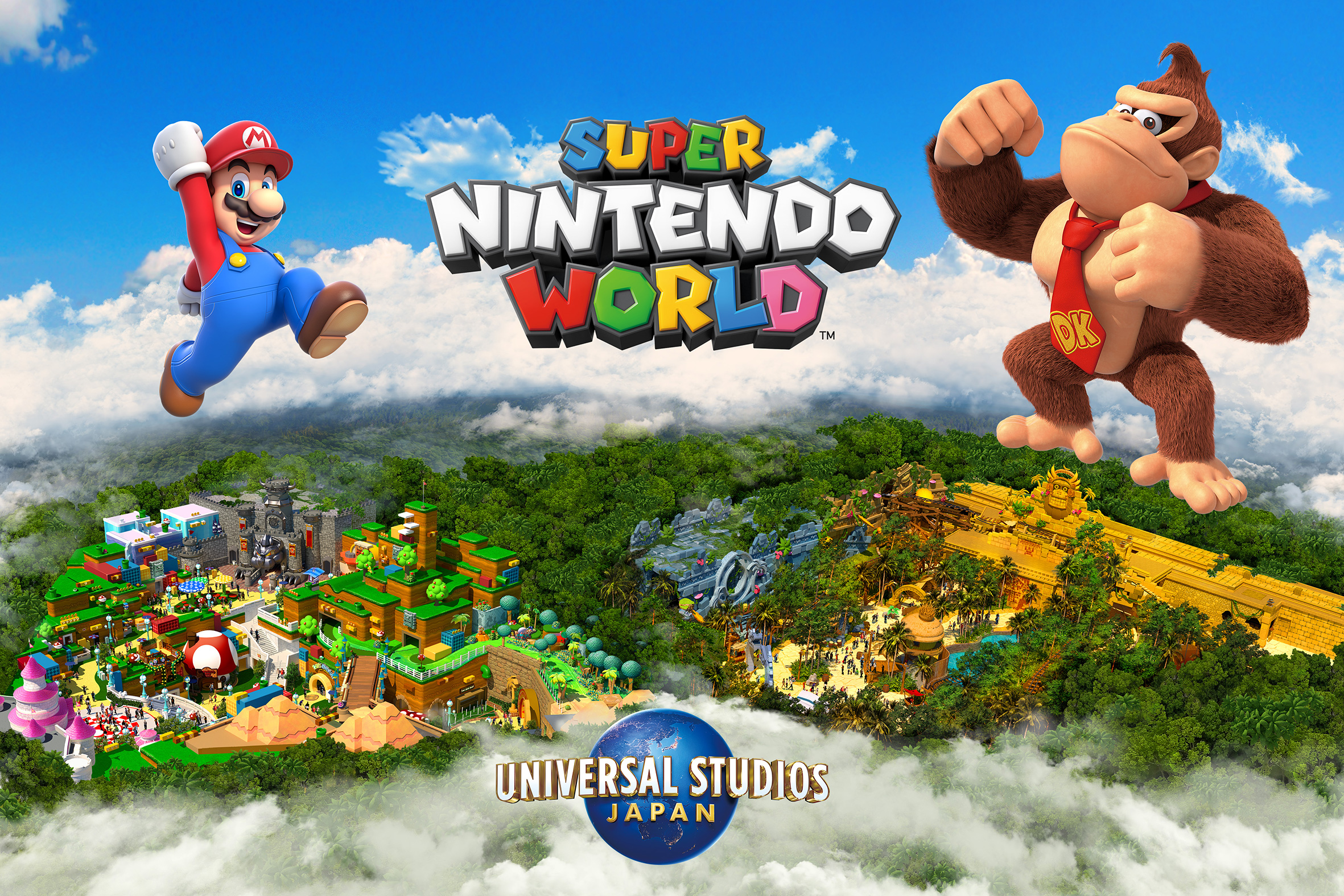 After many rumors surrounding the second phase of Super Nintendo World, Universal Studios Japan has finally confirmed that the next expansion to the already-popular land will be themed to the classic character Donkey Kong!

Guests will be able to take a walk on the wild side through the lush jungles where Donkey Kong and his friends live and enjoy a roller coaster, interactive experiences and themed merchandise and food.

This new area is scheduled to open in 2024 and is expected to attract a very large number of visitors to Osaka and the Kansai region, as well as to have a synergistic effect with the hosting of the Osaka-Kansai World Expo in 2025.

The land, which broke ground earlier this summer, is targeting a 2024 grand opening. With the creation of the “Donkey Kong” themed area, the area of “Super Nintendo World” will be nearly doubled, with the Donkey Kong area being around 1.7 times the current Super Nintendo World’s size.

Stay tuned to Universal Parks News Today as this story develops over the coming years.