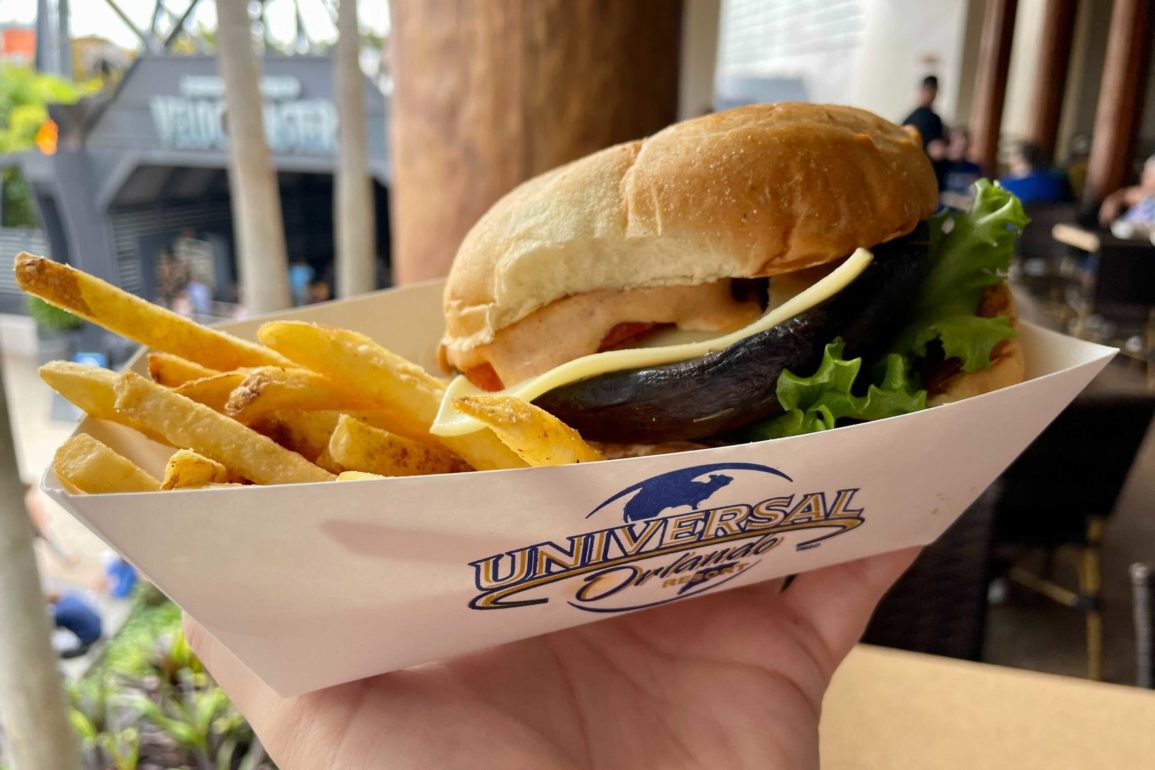 Jurassic Park at Universal’s Islands of Adventure has become a lot busier since the opening of the VelociCoaster over the summer. In addition to a new ride, new raptors, and tons of new merchandise, menus around the area have been getting upgraded as well. A brand new vegan item has appeared at Burger Digs, and they’ve spared no expense making a unique, delicious offering to satisfy all appetites. We loved the Casado Burger, so we couldn’t wait to try the newest addition to Burger Digs.

You’ll spot The Herbivore on the “Healthier Choices” section of the menu, replacing the Vegan Cheeseburger. This dish already gets bonus points for a cute themed name.

A large Portobello mushroom, smoked tempeh, vegan swiss, secret sauce, lettuce, and tomatoes are served on a Kaiser roll with a side of fries.

The Portobello mushroom was juicy and hearty. Between the sweet taste of the secret sauce and the meaty texture of the Portobello mushroom, we were extremely satisfied. There was a bit of an Italian dressing flavor to the mushroom, and the secret sauce had a slightly sweet veggie taste. The vegan cheese and tempeh were also enjoyable and complimented the veggies and sauce well. We were more and more impressed with each bite. This lighter option was filling without being overly heavy.

Whether you’re a herbivore or a carnivore, the Herbivore is sure to satisfy. Another enjoyable vegan offering in Jurassic Park is the Jack Fruit Rice Bowl from Thunder Falls Terrace. You can’t go wrong with either of these options, so dig in and enjoy!