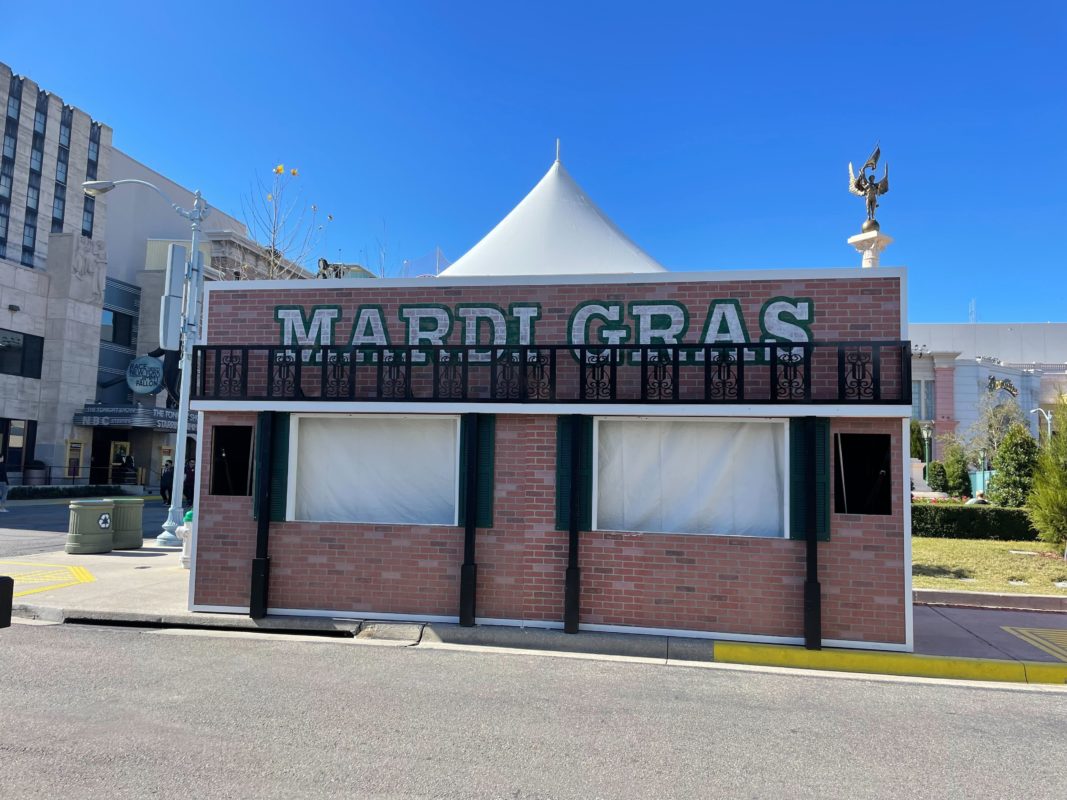 Food booths and tents have gone up throughout Universal Studios Florida for Mardi Gras: International Flavors of Carnaval 2023, which begins in February.

This white tent is outside the Animal Actors On Location! theater and the now-closed Woody Woodpecker’s KidZone.

There are two tents on the bridge between Springfield and London.

Another tent is directly in front of the Fear Factor Live stage.

Two tents are at the exit of Fast & Furious – Supercharged in the San Francisco area.

Most of the tents aren’t decorated yet, but will eventually have themed façades.

This tent is across from Starbucks.

This booth in Sting Alley is already themed with wood planks that look old and dirty.

A booth against the construction walls of Gramercy Park has a red façade.

Some guests had taken refuge from the sun inside the empty booth.

A food truck is outside Revenge of the Mummy.

Two more tents with façades in the traditional purple, green, and yellow Mardi Gras colors are around the side of Gramercy Park.

These façades are designed to resemble houses with balconies found throughout New Orleans.

Two larger tents are across from Transformers: The Ride 3D.

Their façades also resemble houses with faux balconies and windows.

This one resembles a brick building with “Mardi Gras” painted across the top.

Next to the lagoon, preparation has begun on this long green booth.

Finally, a booth façade has been installed outside Cafe La Bamba.

This one resembles Mexican architecture, with a flower box under the menu frame.

It wraps around the side of the building, next to the outdoor seating area.

No menus have been posted yet.

PHOTOS, VIDEO: Full Tour of Mario Kart: Bowser’s Challenge, Ride Both With and Without AR at Universal Studios Hollywood