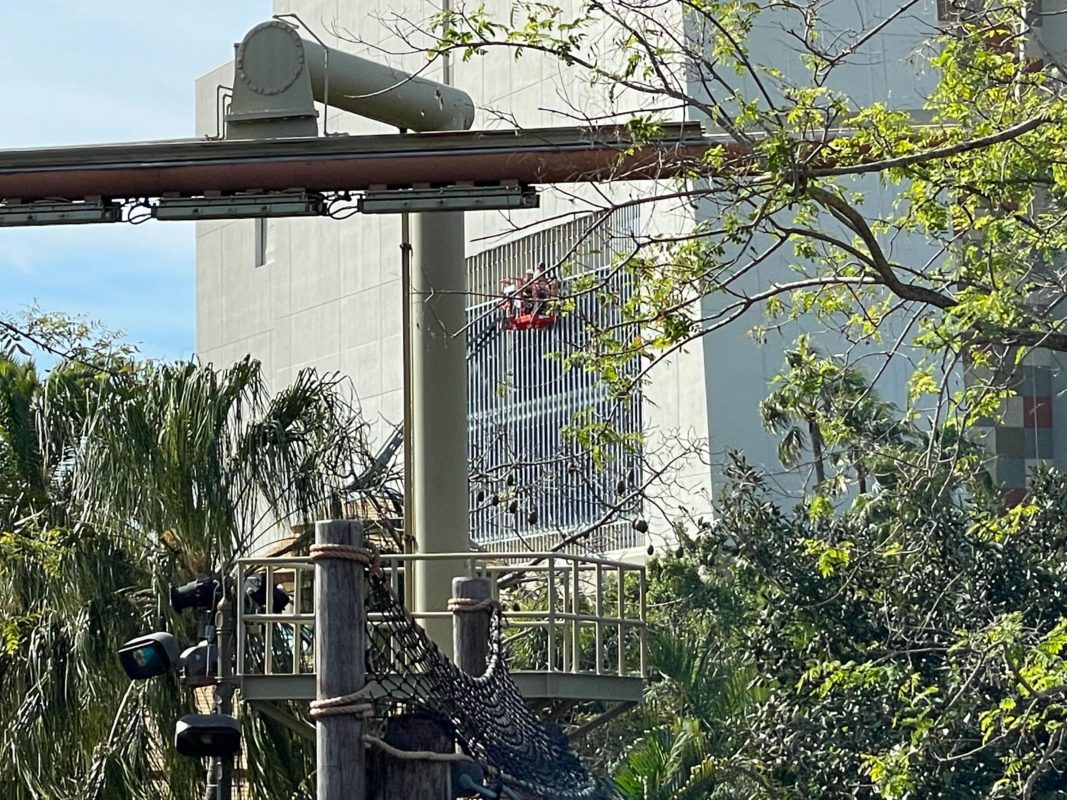 Now that Jurassic Park River Adventure at Universal’s Islands of Adventure has closed for a standard winter refurbishment, crews are fixing the hole that was ripped into the side of the attraction’s building by Hurricane Ian.

There is some scaffolding with small cranes atop the tall show building.

We saw crew members in a cherry-picker vehicle working on the hole that has been in the show building since September.

The ride was able to reopen and operate fine for three months before closing a week ago for refurbishment.

Broken paneling has been removed from around the hole, which does not open directly into the attraction’s track. It exposed building supports.

Jurassic Park River Adventure is scheduled to reopen on February 4, 2023.