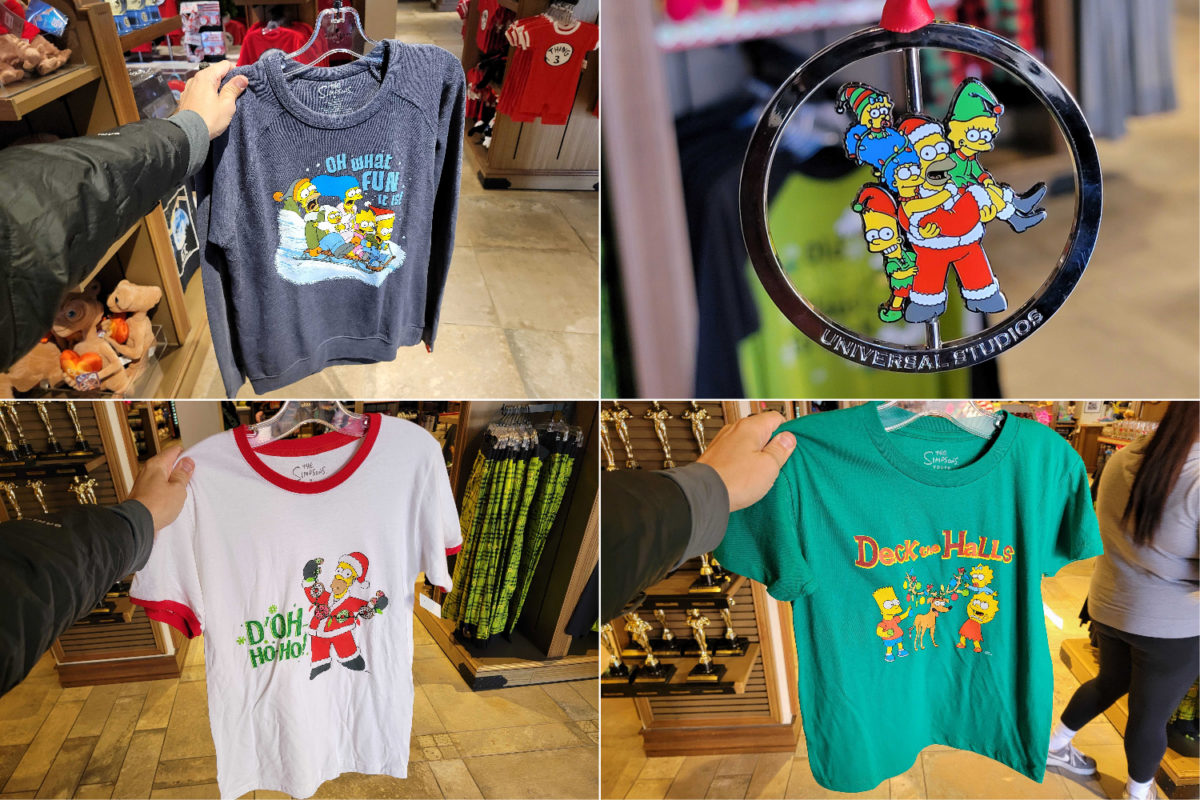 Did you forget the holidays were coming? D’oh! Well you can still make up for it and show off your Springfield spirit with these new holiday apparel and ornament themed to The Simpsons we found at Universal Studios Hollywood!

This green youth shirt features Bart, Lisa, and Maggie decorating Santa’s Little Helper for the holidays. Appropriate name for the pup this time of year.

Homer dressed as Santa takes center stage as he holds garland made of donuts. “D’Oh Ho Ho!” is written next to him in green. The shirt itself is white with red lining the sleeves and neck.

The dark blue sweatshirt features a graphic print of The Simpsons sledding down a hill in the snow with varying degrees of enjoyment or fear. “Oh what fun it is!” is written above in light blue.

The ornament is rather simple, being a metal ring around a design of the Simpsons family in holiday outfits. “Universal Studios” is embossed at the bottom.