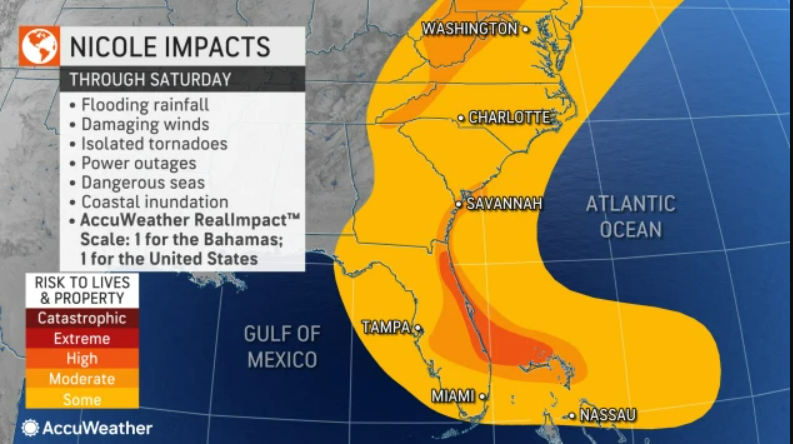 Tropical Storm Nicole is now a full-strength hurricane, with sustained winds of 75 mph, according to the latest update from the National Hurricane Center. The theme parks are undergoing a phased closure, with Disney’s Hollywood Studios and Disney’s Animal Kingdom already closed. Universal Orlando Resort closed at 5 p.m. today as well.

The above image from AccuWeather portrays the potential risk to lives and property, with Central Florida in the moderate-high zones.

We reported earlier that Walt Disney World and Universal Orlando Resort have announced that their theme parks will likely not reopen at their normal times tomorrow, November 10.

The current projections expect the storm to weaken before reaching Central Florida, but these are subject to change as meteorologists learn more.

Closures and changes for resort hotels and the Star Wars: Galactic Starcruiser have also been announced.