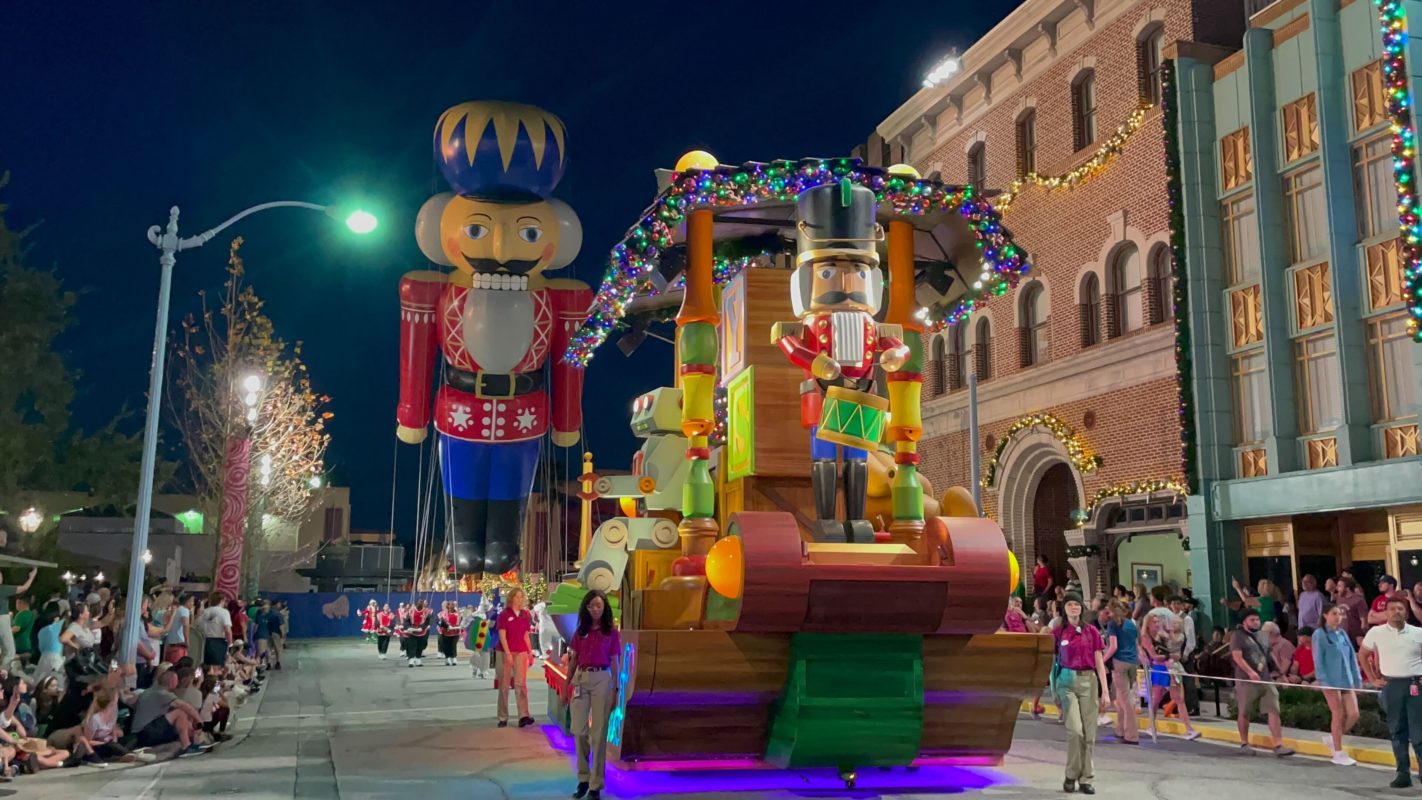 The holiday season has officially begun at Universal Orlando Resort, and that means the return of their holiday parade featuring Macy’s!

The parade opens with dancers in winter wear.

There are a few dancers in giant, light-up ballgowns.

Snowmen and snowflakes lead in the first star-shaped Macy’s balloons.

They’re followed by the first “Despicable Me” float: a Christmas tree filled with Minions.

Then there are two giant Minions-themed balloons: a teddy bear hanging out of a stocking with Minions on it, and a giant Minion balloon!

Between the two balloons is another “Despicable Me” float featuring all of the non-Minion characters.

The Minions are causing trouble on another float as they attempt to fly a rocket-powered sled.

Next up is the Madagascar section of the parade!

King Julien loves the attention he is getting as he rides atop his float.

The “Shrek” section of the parade is led by a giant gingerbread man balloon.

The three little pigs are hanging out of a candy house.

The three blind mice and other “Shrek” characters dance on the street.

Donkey has his own float, followed by a balloon of one of his half-dragon babies.

The final “Shrek” float features Shrek and Fiona dressed up and ready to “Shrek the halls”!

A series of toy-themed floats, balloons, and performers follow “Shrek.”

Some dancing elves make way for the grand finale!

A giant reindeer float leads in the man himself: Santa!

Santa has his own large float with his sleigh riding over houses.

For the holidays, there is an Annual Passholder exclusive viewing area for Universal’s Holiday Parade featuring Macy’s. The viewing area is on the corner in front of Mel’s Drive-In, right across from the Horror Make Up Show.

You just need to show your AP to a Team Member, and they will let you in the viewing area.

Watch the entire parade in our video below.