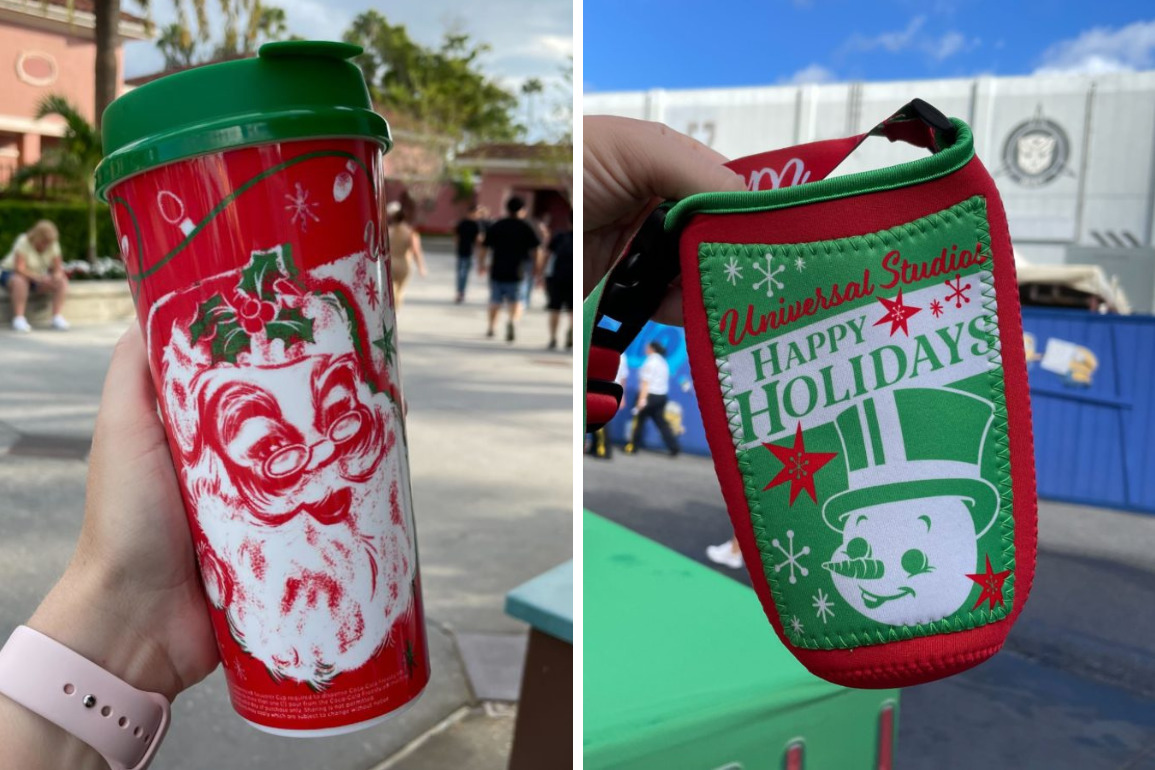 The holiday season has arrived at the Universal Orlando Resort, and if you’re looking to carry around your new favorite Coca-Cola Holiday Freestyle cup in style, Universal’s got you covered with a new carrier. These cup holders debuted during Halloween Horror Nights and were a huge success. If you failed to track down one of those elusive cup carriers during HHN, Universal has you covered with this cheerful new design.

This year’s holiday mug is red with a green lid. The classic Coca-Cola Santa is featured prominently.

The other side has images of wrapped gifts under “Universal Studios Happy Holidays” and the Coca-Cola logo.

The cups are available at most drink stands and restaurants throughout the resort.

The carrier features one image on the front and one on the back. “Universal Studios Happy Holidays” is written above an adorable little snowman in a top hat.

The other side of the carrier has a retro looking Christmas tree. The artwork has a vintage vibe, and looks like it would fit right in with the theme of Cabana Bay Beach Resort.

This cup holder will be your best friend and is worth every penny. For $16, you can go tote your favorite beverage with you while keeping your hands free. Not only can these hold your Freestyle drink, but we’ve been known to slip our Starbucks drinks in the carrier, too.