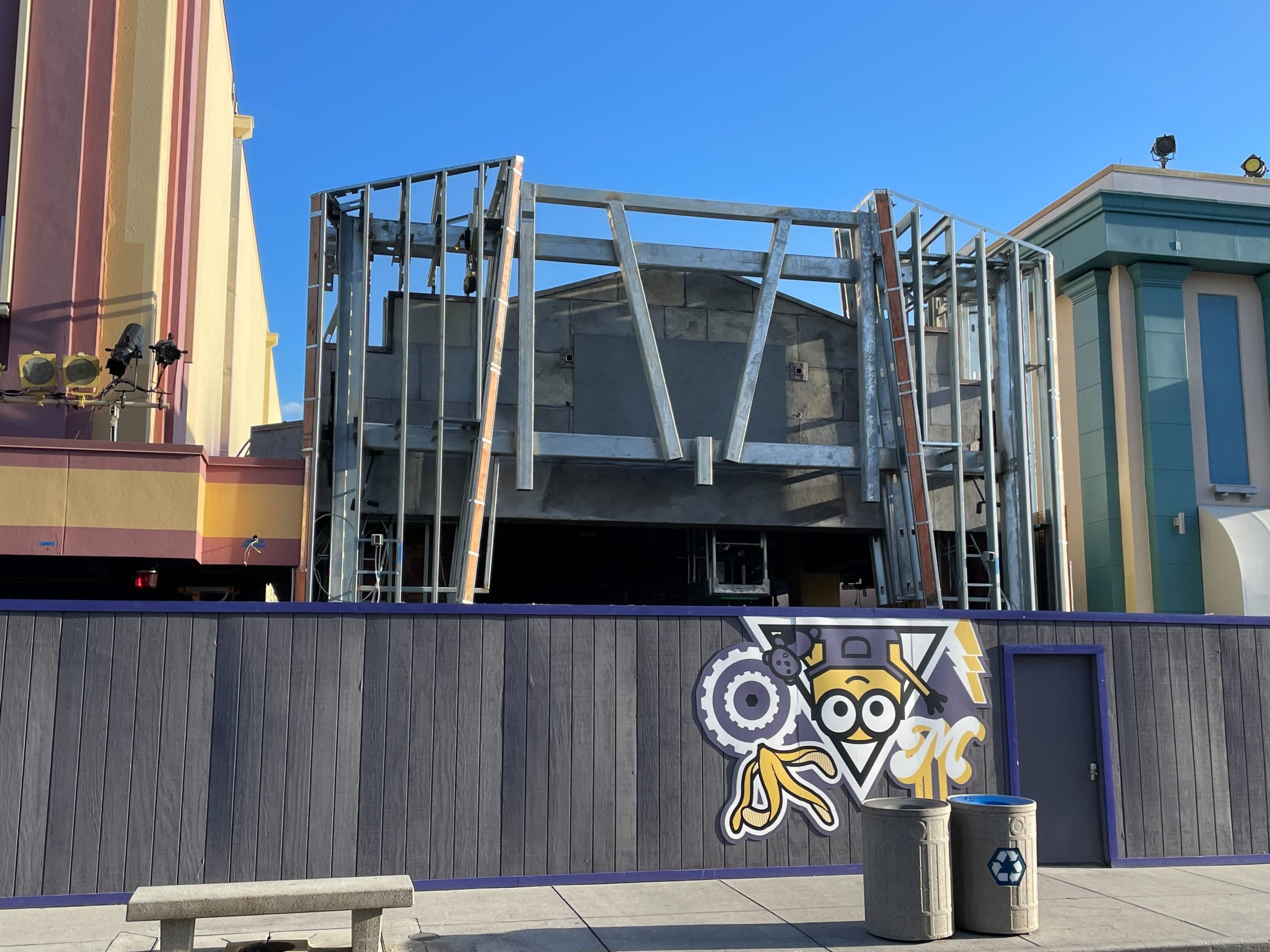 Work continues on the building that previously housed Shrek 4-D. It’s rumored that a “Minions” Villain-Con attraction will replace Shrek 4-D, and so far construction supports the rumor.

It looks like the building is being renamed. The wall above the Transformers meet-and-greet now reads “Stage 40.”

As you’ll see in later photos, other walls still read “Soundstage 4-D,” the theater’s name during the Shrek 4-D era.

Crew members in a cherry-picker have been repainting this wall.

We saw one crew member working on the red sections at the edges.

The entire building is in need of a repaint.

Paint has been scraped off in several areas.

These squares also have yet to get new signage.

We could see more scrapes and patches on the side of the building through this alleyway.

The alley is blocked by construction walls.

Here, large faded rectangles show where billboards used to be.

Black bars are in three rows down the center of the wall.

At the attraction entrance, a steel frame was erected a few weeks ago.

The “V” shape at the center of the frame could be part of a Villain-Con logo.

Wires are wrapped up in one corner of the frame.

Crews have been working on the ceiling of the entrance to the queue.

Are you excited about a new “Minions” attraction or were you hoping for something different to replace Shrek 4-D? Let us know in the comments.