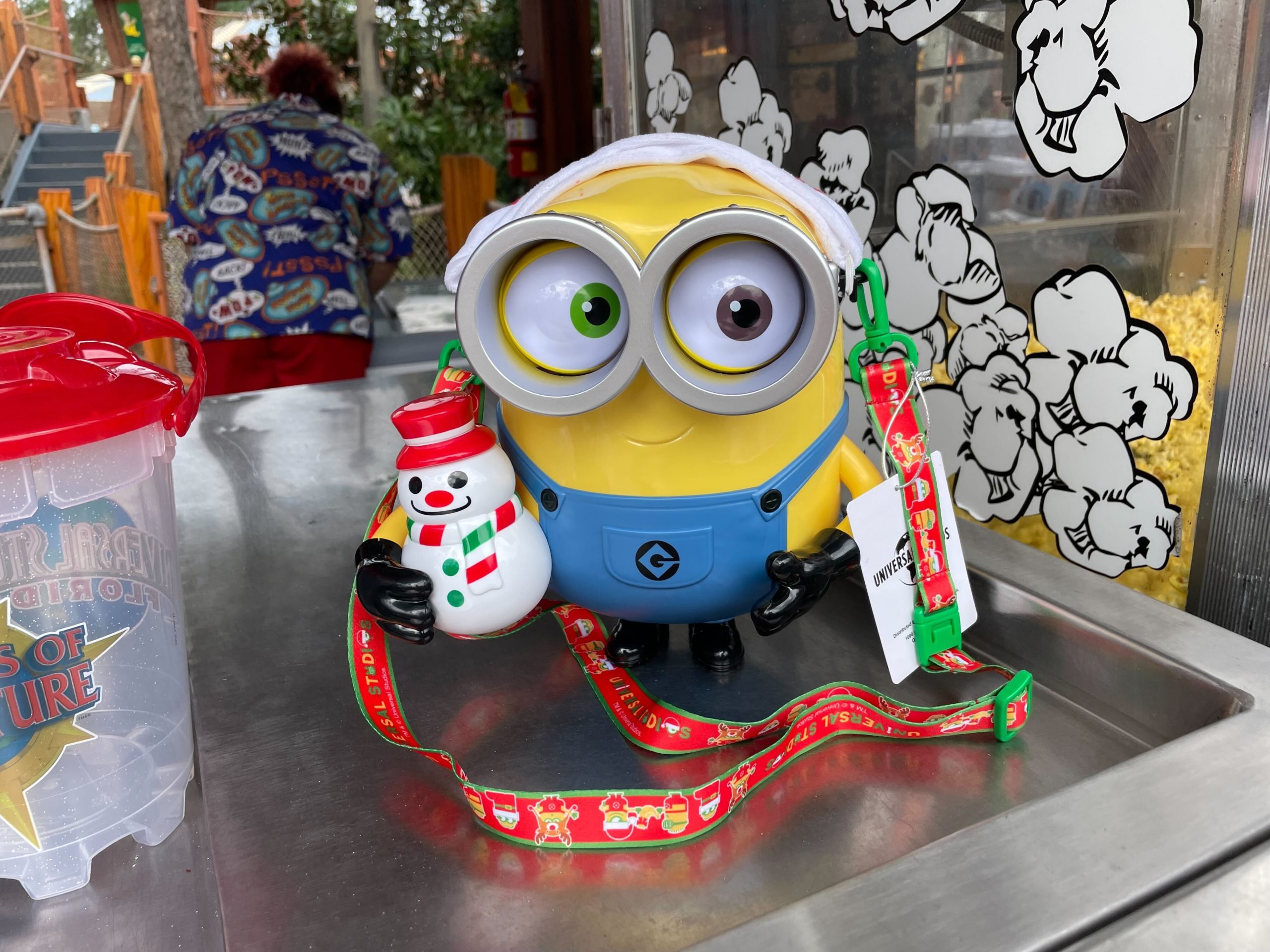 This Minion is Bob, still wearing his iconic goggles and denim overalls. But he’s also wearing a removable Santa hat.

Bob is holding a snowman figurine. His green and brown eyes move back and forth.

The Santa hat is made of fabric instead of plastic. It’s red with white trim and an embroidered image of holly on the front edge.

The detachable strap is red and green with images of various Minions celebrating the holidays.

Here’s what Bob looks like without the Santa hat.

We found the Minion Christmas popcorn bucket in Toon Lagoon at Universal’s Islands of Adventure.