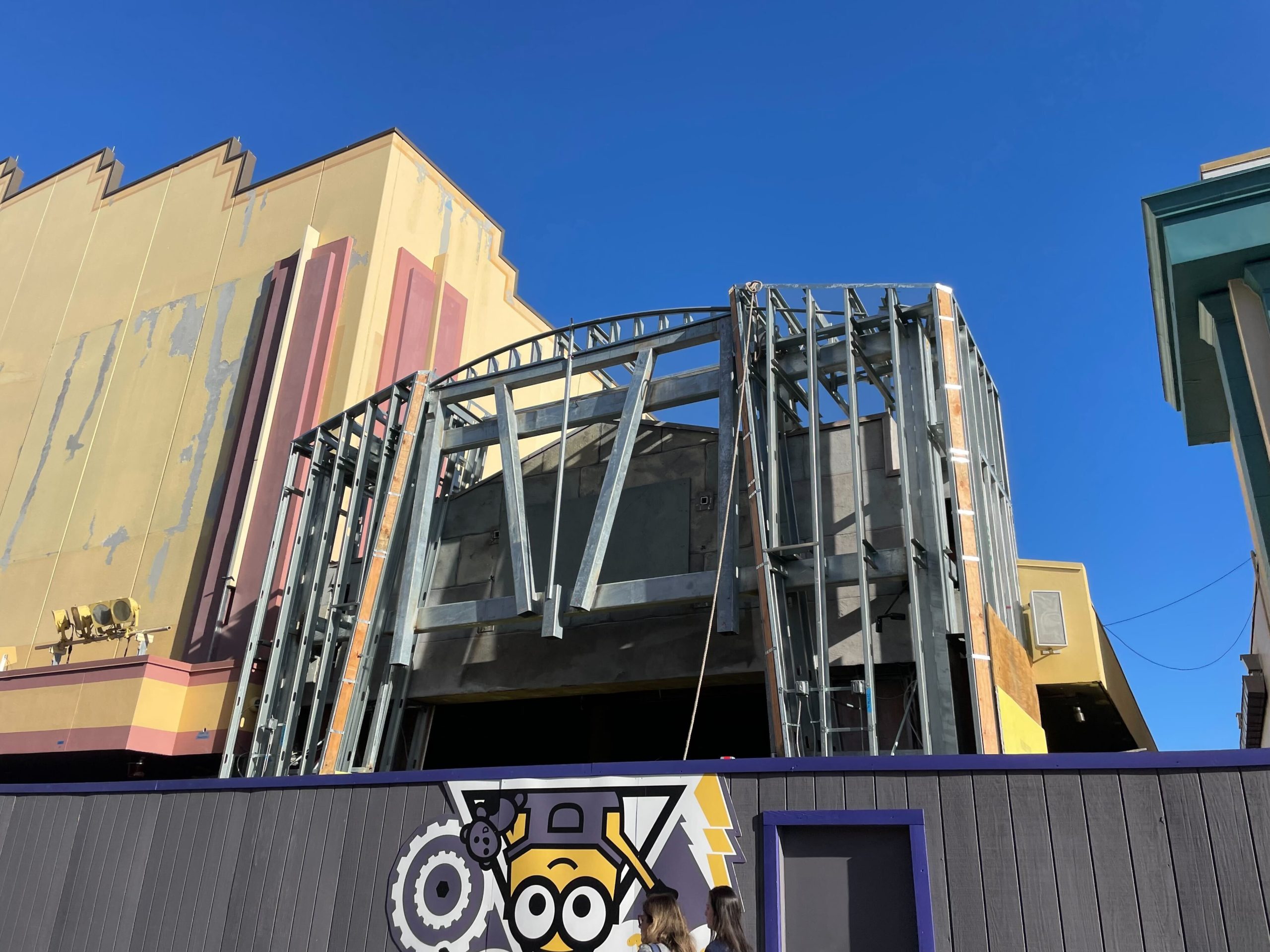 For the past couple of months, we have been keeping you up-to-date surrounding the construction of the new Villain-Con attraction coming to Universal Studios Florida. This new attraction is reportedly based on the Villain-Con convention from the first solo “Minions” movie.

Looking at the work on the upcoming Minion’s Villain-Con attraction, we can see that while progress is underway, there’s still a long way to go. Supports have been added to the front, presumably for a new sign or other theming. The faded “Soundstage 4-D Universal Studios” is still visible at the top of the building.

Previously, we only saw the left side (standing facing the building) series of beams had been erected, now the right side has a similar set of matching beams over the entrance.

At this time, it is unclear what the new Villain-Con attraction will be. Previous rumors included a trackless ride, a walk-through attraction, a combination of the two, or something completely different. Reports most strongly indicate a “ride-through” combination where guests are transported through the attraction via a moving walkway.

Are you excited to see what the Villians-Con attraction will be? Do you still miss the  Shrek 4-D? Let us know in the comments below, and check out our detailed photo and video tour of the attraction before its closure.

Check out our ongoing coverage of the transformation from Shrek 4-D to Villans-Con attraction:

WATCH PARKSCENTER — Discussing Disney Q4 Earnings, The Holidays at the Parks, and The Best Water Park in Orlando?