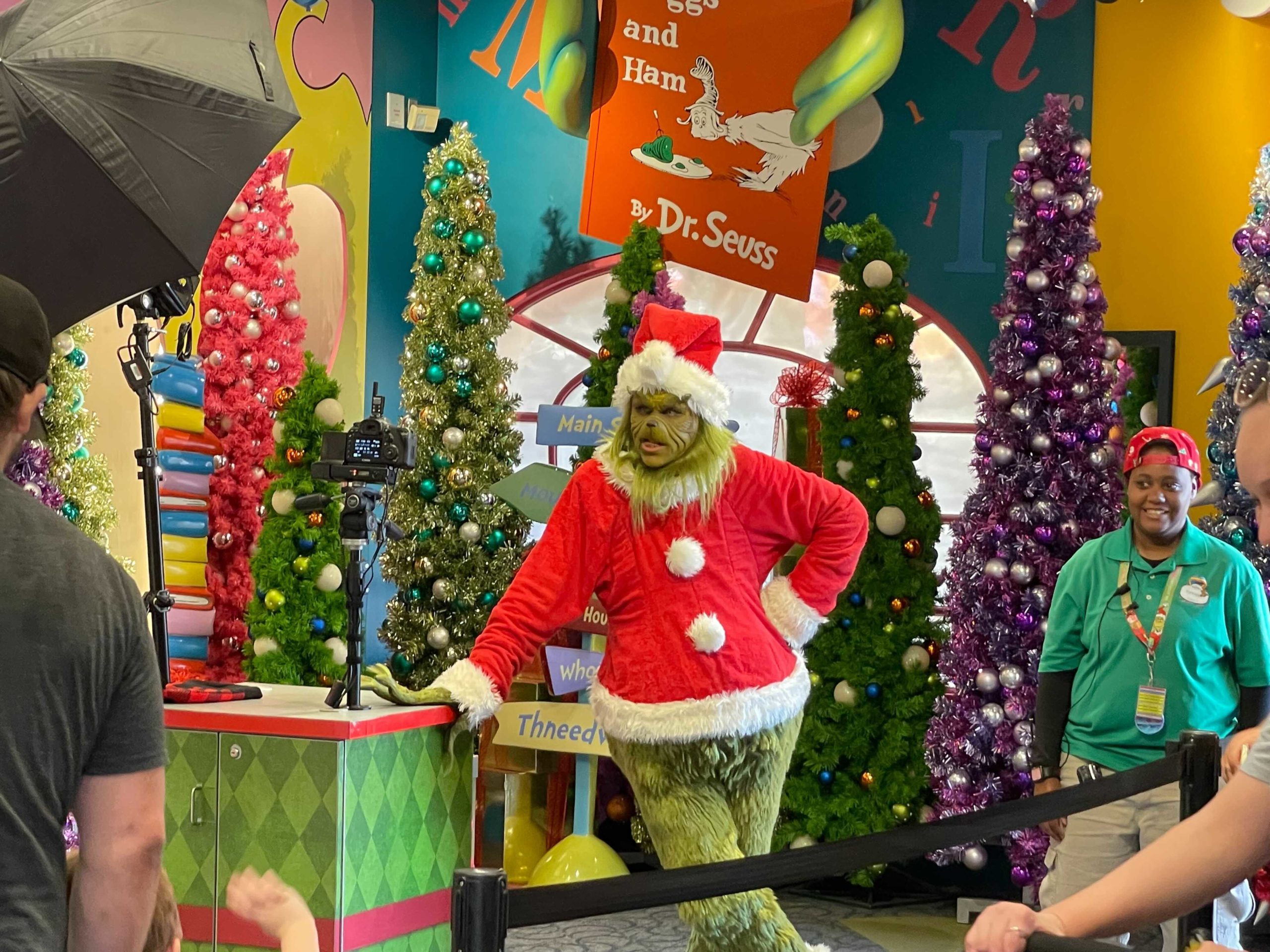 The Grinch meet and greet will be in a different location on Seuss Landing at Universal’s Islands of Adventure this year. He previously met guests at All The Books You Can Read.

During a recent trip, we noticed the windows of Honk Honkers were covered from the inside. We asked a Team Member about it and they said that the Grinch would be meeting in Honk Honkers this year instead of All The Books You Can Read.

We confirmed this with other Team Members, too.

The windows are covered because the interior is set up like the Grinch’s lair.

It sounds like this Grinch meet-and-greet will be more themed than the previous one.

Holiday decorations are also up in Seuss Landing. The Honk Honkers windows are lined with garland.

In addition to this regular meet-and-greet, guests can also meet the Grinch during a character breakfast and the Universal Holiday Tour. He will also appear in the Grinchmas Who-liday Spectacular.