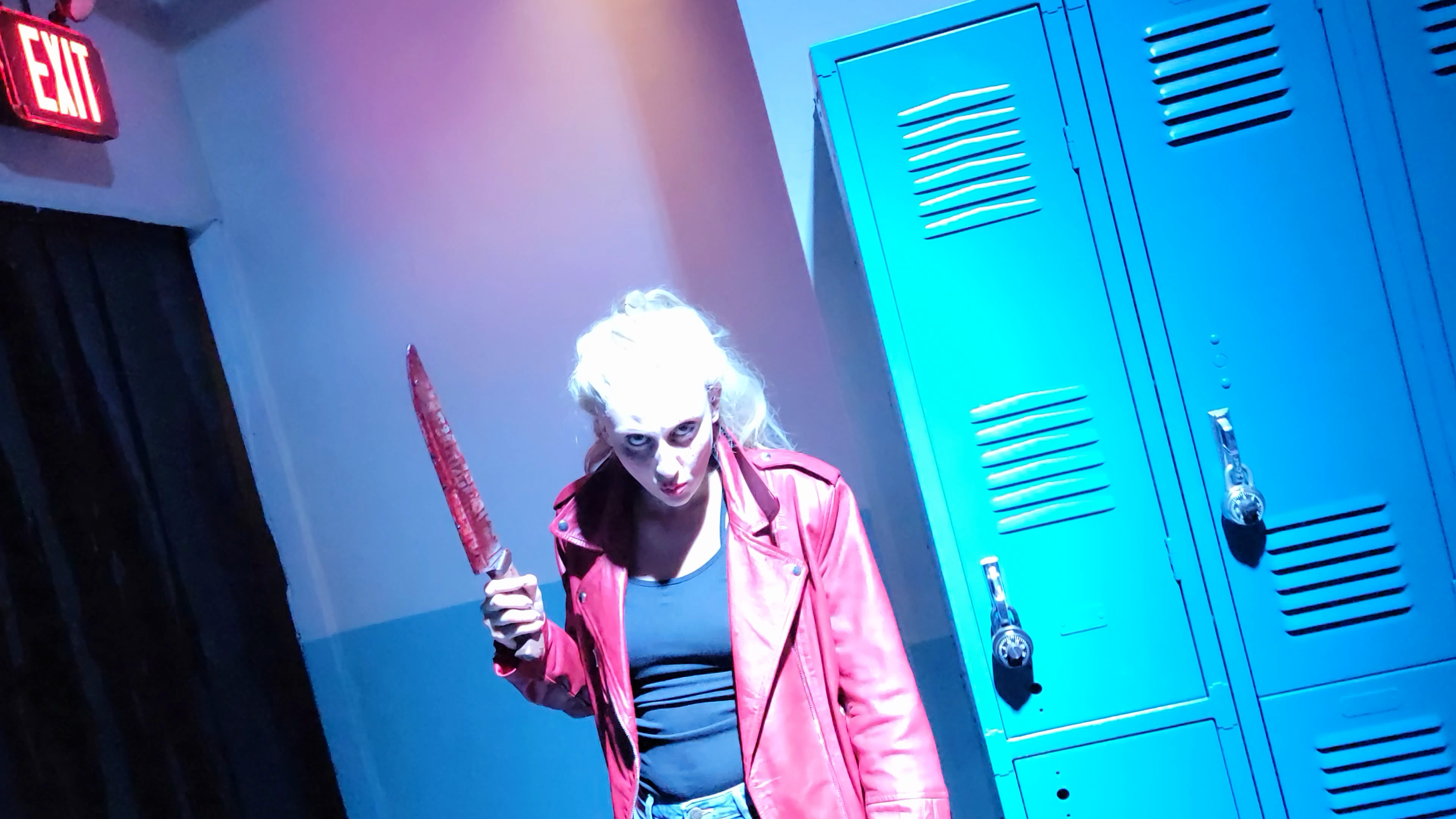 It wouldn’t be a Halloween Horror Nights without Blumhouse. And this year, we have two films — “Freaky” and “The Black Phone” — sandwiched together in another edition of The Horrors of Blumhouse, an anthology house that is back for a third year.

“Freaky and “The Black Phone” probably wouldn’t stand apart as their own full-fledged houses.

Neither of these two themes made for a spectacular house, they both felt rather run of the mill.

There were a couple of cool scenes on the “Freaky” side, but not enough to really salvage the house as an experience.

“The Black Phone” in particular does not lend itself to a jump scare house as the film is more of a suspense-driven horror.

Overall, this is one you can probably skip.

Watch our walkthrough of the Horrors of Blumhouse below.