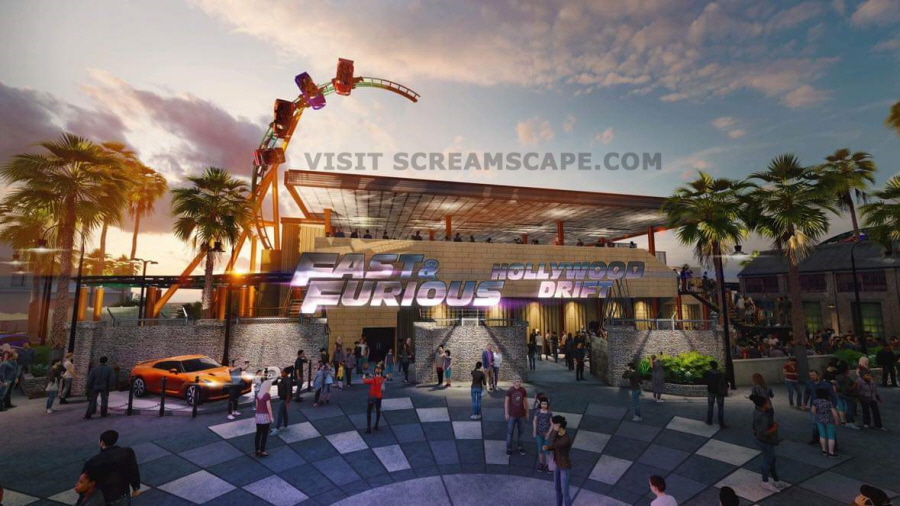 Concept art of a potential Fast and Furious coaster for Universal Studios Hollywood has surfaced thanks to Screamscape.com.

The working title of the coaster is Fast & Furious Hollywood Drift. It would be in the Upper Lot of Universal Studios Hollywood, descend towards the Lower Lot, and then come back up.

The concept art shows a C-shaped coaster track with spinning cars stretching above the show building.

Screamscape compared the ride’s possible system to that of Harry Potter and the Escape from Gringotts in Universal Studios Florida in that the cars have a controlled spin. Gringotts was constructed by Intamin, who is said to be constructing this Fast and Furious attraction, too.

Universal has not yet announced this attraction but did file a permit earlier this month. Things could change between this leaked concept art for the ride and its final version.