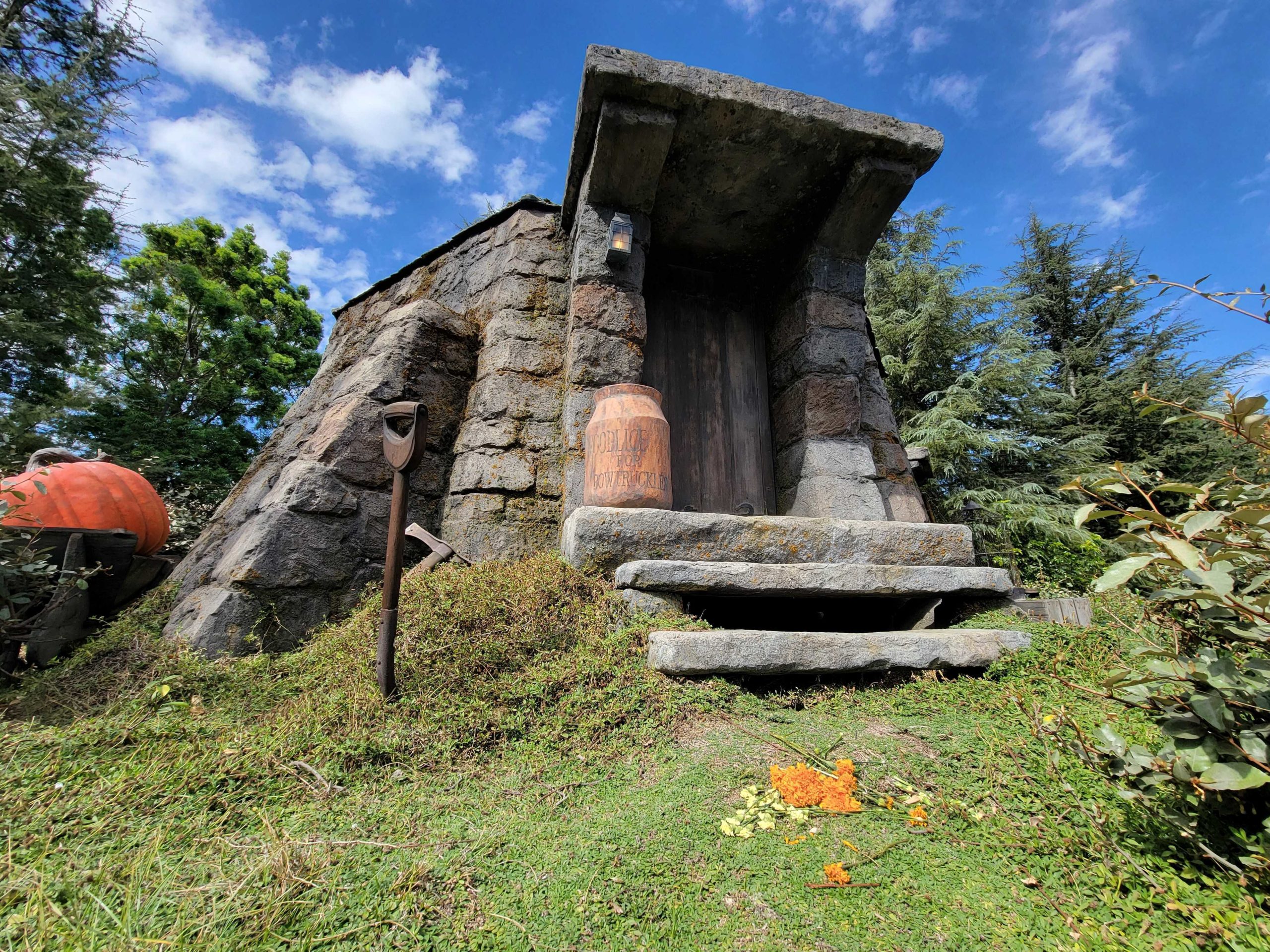 A handful of marigolds were at the bottom of the hut’s steps, which are not accessible to guests.

Coltrane portrayed Rubeus Hagrid in the “Harry Potter” films and reprised the role for The Wizarding World of Harry Potter attractions, including Hagrid’s Magical Creatures Motorbike Adventure in Universal’s Islands of Adventure.