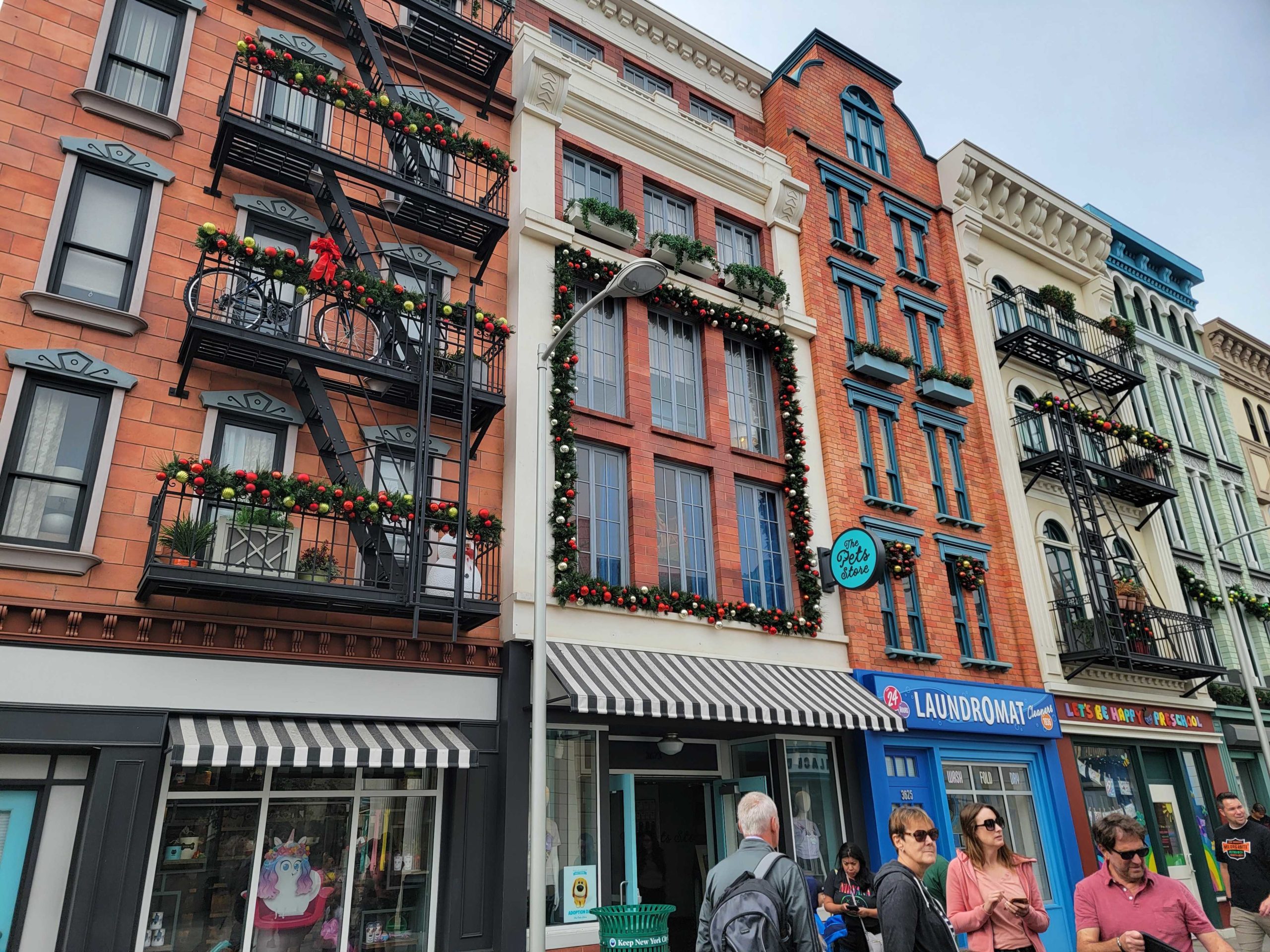 Although we’re still knee-deep in Halloween Horror Nights here at Universal Studios Hollywood, the park is already prepping for the most wonderful time of the year! We spotted the first Christmas garland of the season already installed on some buildings at the park.

The Palace Deli and Market already has its garland up, which features white and aqua blue ornaments with red ribbon wrapped around.

The New York facades are also getting in on the holiday spirit, with red and gold ornaments on their garland.

It won’t be too long until it’s Christmas time yet again at Universal Studios Hollywood. We know we’re excited, but how about you? Let us know in the comments below.