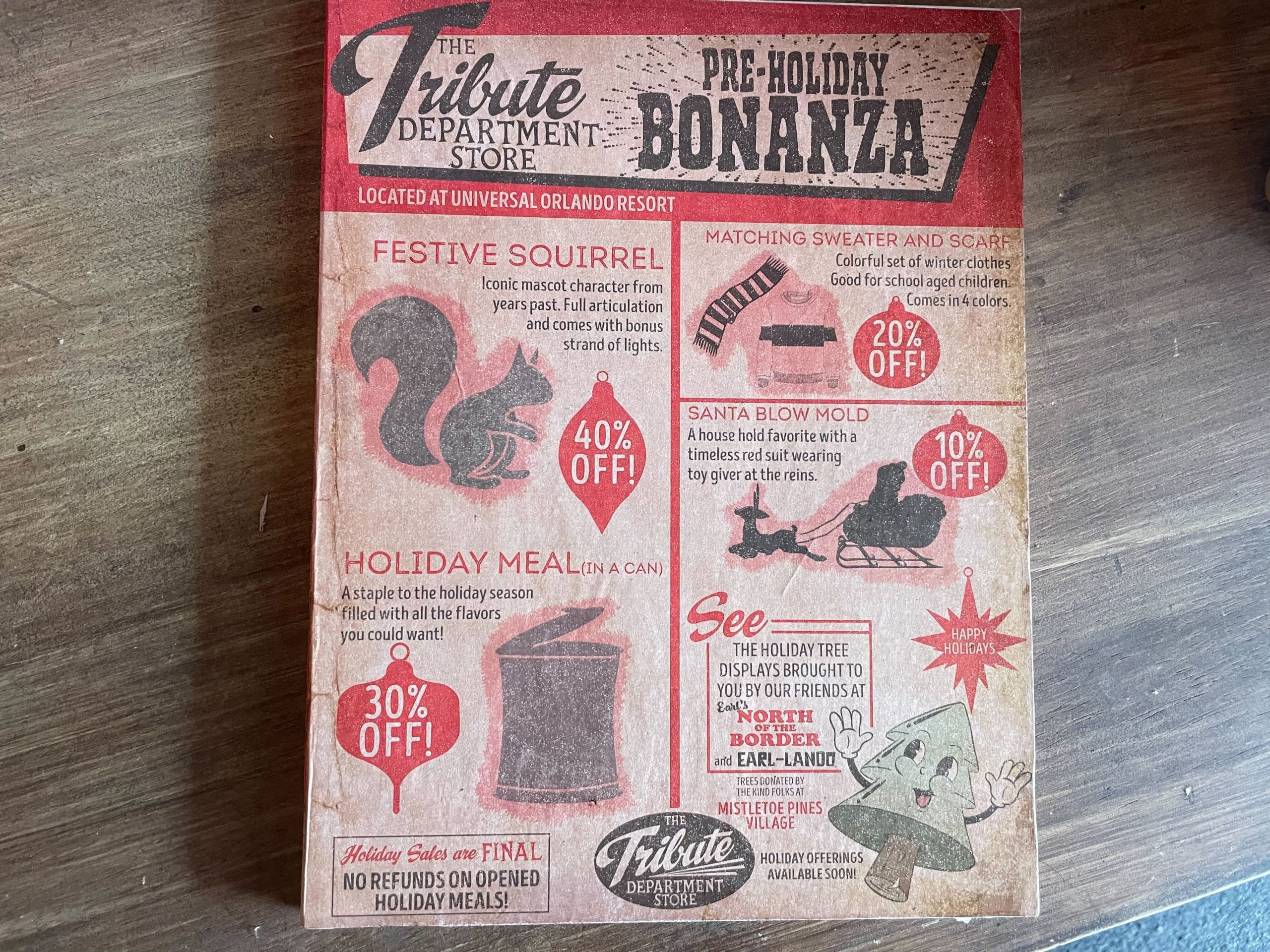 A new prop teasing the 2022 Christmas Tribute Store has been added to the Halloween Horror Nights 31 Tribute Store in Universal Studios Florida.

The teaser can be found in the Eerie Emporium at the exit of the Tribute Store.

On the counter is a faux catalog for The Tribute Department Store’s pre-holiday bonanza.

The catalog advertises deals on various items, including a “festive squirrel,” holiday meal in a can, and a Santa Claus mold.

The matching sweater and scarf for “school aged children” available in four colors is a reference to Hogwarts uniforms.

Earl the Squirrel is also featured on a “Spooky Sounds of Halloween” record that has been on the counter since early September.

Guests can now sign up to get their photo displayed in the Holiday Tribute Store.

Are you excited for Christmas at Universal Orlando Resort? Let us know in the comments.