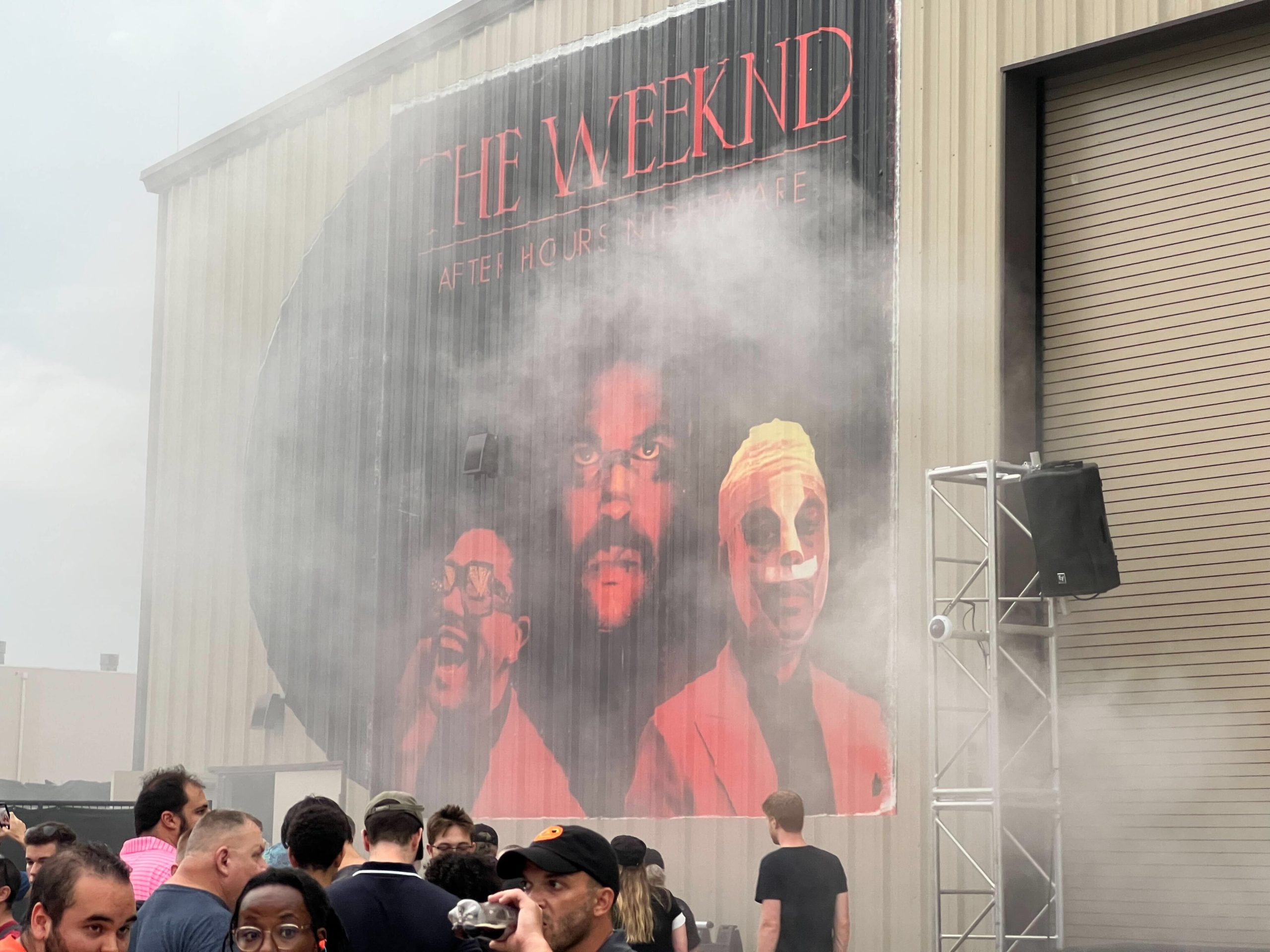 The Weeknd brings his creepy creations to life in a house at Halloween Horror Nights 31, themed to his album “After Hours Nightmare.”

The official description reads, “Prepare to enter the macabre mind of The Weeknd in this haunted house as he stalks your squad through the surreal nightmare of his After Hours music. A slasher carving a smile at an otherworldly rave. Bandaged maniacs performing extreme plastic surgery. A grotesque mannequin masquerade. His nightmare is now yours.”

Once inside, guests will travel through nightmarish bathrooms, clubs, train stations, hotel hallways, and more. It’s musically driven with interactive lighting. Those that are sensitive to flashing lights should take caution.

Universal worked with The Weeknd to create the house, and he had an entire story written out for his album.

You first walk into a room where The Weeknd is hooked up to many different monitors that are extracting his nightmares for us to walk through and experience.

You go through a dance club, an operating room with a bloody, bandaged nurse mutilating someone, a dirty bathroom, and of course, the room full of mirrors, and more. This house had strobe lights galore.

You even encounter a monster-esque, The Weeknd.

This house was not overly scary, but instead it was unsettling. It was a like a dance club met yours, and The Weeknd’s, nightmares. The music was very well done and didn’t bleed into other rooms. We will be returning to this one, and saving our tears for another day.

Location of The Weeknd – After Hours Nightmare

The Weeknd – After Hours Nightmare is located in Woody Woodpecker’s KidZone.