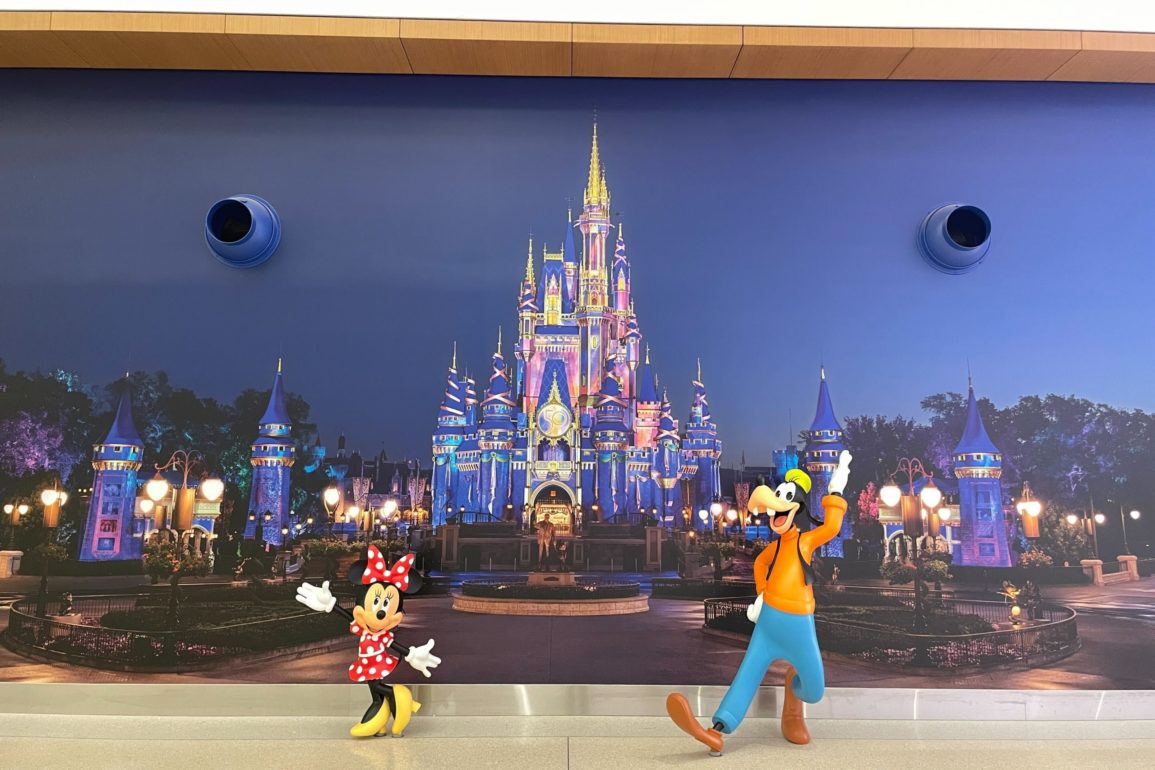 Orlando International Airport will open their new South Terminal C in phases starting on September 19, 2022. Travelers will get to visit a new Walt Disney World Store and Universal Studio Store in the Terminal, and we have an inside look at both locations.

The terminal has tall skylight ceilings with cylindrical lights hanging from the rafters.

There will be a Wine Bar George in the terminal too.

The Universal Studios Store has huge display windows above the entrances, currently featuring The Wizarding World of Harry Potter merchandise.

“Universal Orlando Resort” is on a globe-inspired marquee.

Inside, the store displays featured rounded corners and bright lights. There’s a section dedicated to Minions, and a wall featuring Hogwarts is at the back.

The Walt Disney World Store has screens above its marquees and entrances. A Pluto sculpture is in front of this wood-paneled wall featuring Mickey’s glowing silhouette and stars.

Sculptures of Minnie Mouse and Goofy stand in front of a Cinderella Castle mural. The castle is pictured at night with its 50th anniversary decorations.

Inside, the store resembles the first ever Walt Disney World Store that opened earlier this year. The icons of each Walt Disney World theme park are on a rounded section of wall above the entrance, lit with orb lights resembling fireworks.

A Cinderella Castle model sits on a merchandise display. This seems to be the model that previously sat in World of Disney at Disney Springs. We noticed it had recently been removed.

There are blue columns and another large screen at the back.