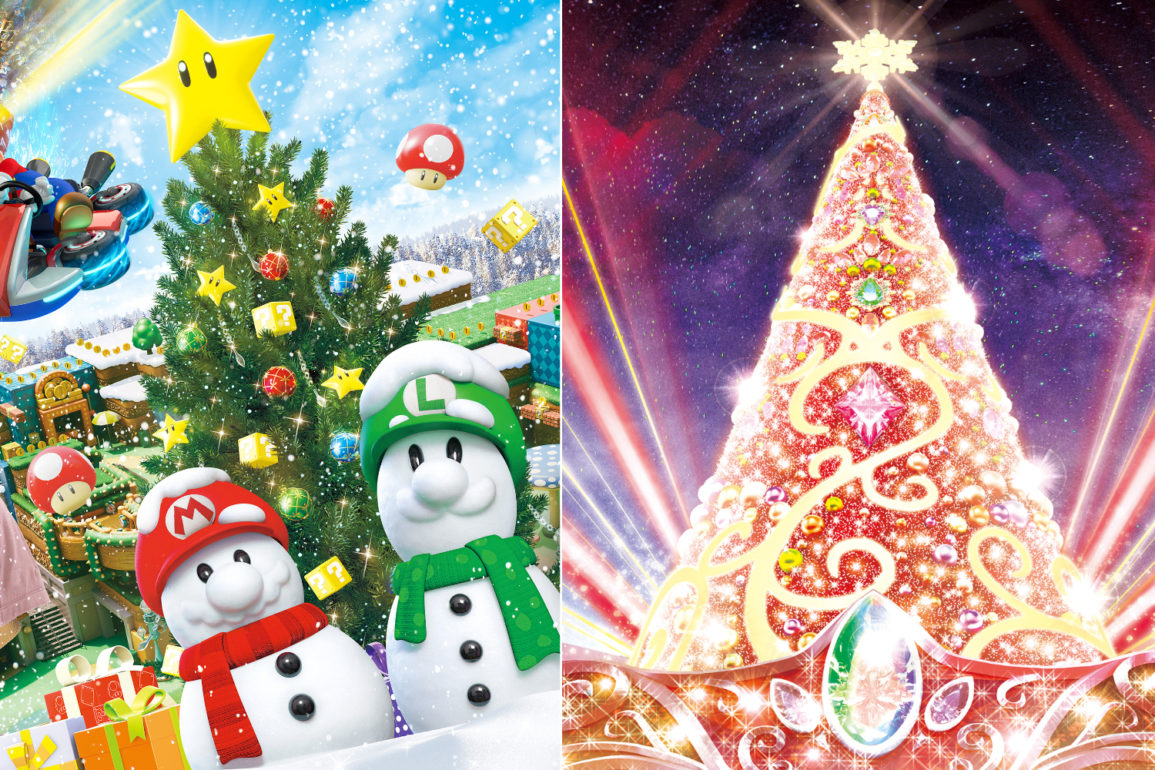 The holiday season is almost upon us once more, and Universal Studios Japan is ready to bring back a good chunk of its holiday festivities to celebrate NO LIMIT! Christmas at the park from November 11 through January 9!

Since 2011, Universal Studios Japan has continually held the Guinness World Record for most lights on an artificial Christmas tree, last certified in 2019. And for the first time in three years, the park is reviving the iconic NO LIMIT Crystal Tree. The tree has been updated once again to create an even more dazzling and bright experience.

Every ten minutes after sunset through park close, the area around the NO LIMIT Crystal Tree and Gramercy Park in New York will come alive like never before with projections all around and a special light show from the tree. This Spectacle of Lights as it’s called will bring to life a “Red Hot Christmas” this season for all guests at the park!

For the first time ever, Super Nintendo World will see special holiday decor throughout the land. In Super Star Plaza at the land’s entrance, Mario and Luigi-themed snowmen will be in place along with a special Super Star Christmas tree. Additionally, wreaths and garland will decorate Peach’s Castle inside the land itself along with another Christmas tree featuring props from the game. Throughout the land, special touches will be added to create a holiday wonderland only found at Universal Studios Japan.

At Mel’s Stage in Hollywood, the “Hello Kitty Happiness Brass Band” will transform into a special holiday version featuring Hello Kitty and her band dancing with snowmen to classic holiday tunes.

As with every year, the Universal Wonderland friends and the Minions will be out to greet guests in their special holiday costumes in their respective areas.

As a special holiday treat, the popular “Universal Party” corporate buyout show will be transformed into a special Christmas version to be performed every day in the Peacock Theater behind Space Fantasy: The Ride. This new show, called “Universal Party: Showtime & Taste of Christmas” will be a special dinner theater show available nearly every day. The show runs 100 minutes and is performed twice per day — at noon and 5:00pm. Tickets are ¥9900 ($68.71) for adults and go on sale October 17.

The NO LIMIT! Christmas festivities kick off November 11 and continue through January 9. Are you excited for this year’s holiday season at Universal Studios Japan? Let us know in the comments below.