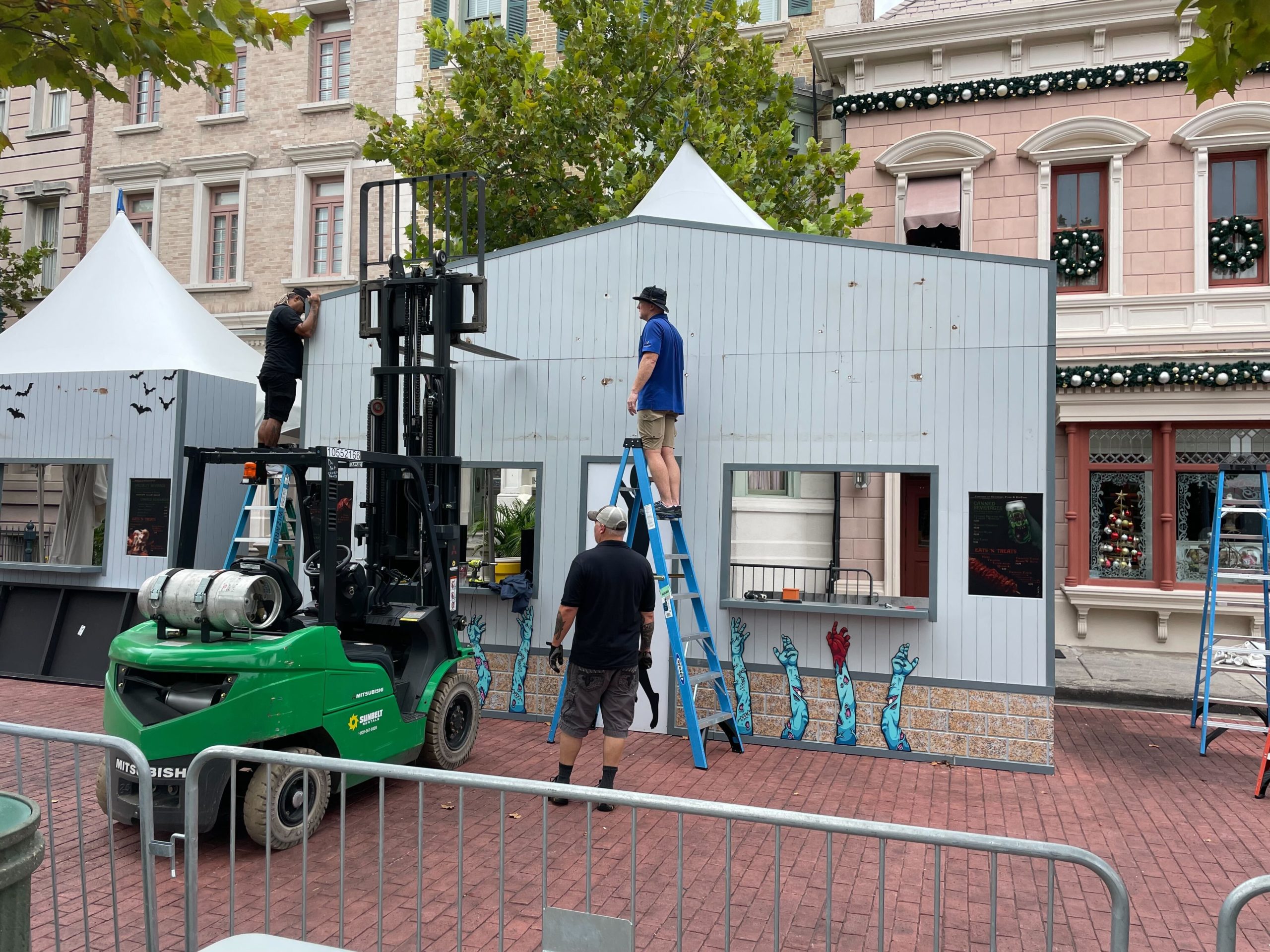 On Tuesday morning, we checked out Universal Studios Florida to check out their preparations for Hurricane Ian.

As we were walking in, we noticed tarps covering many of the construction areas to prevent water damage due to Hurricane Ian. This was the first of many changes we noticed in the park, as well as with the decorations and set pieces for Halloween Horror Nights. Not long after our visit, both Wednesday and Thursday’s events were canceled.

We noticed the register gone for this food truck, as well as many other venues unavailable or gutted of their internal parts.

The interior of most food booths seem to be stripped, making it unlikely this will reopen until after Hurricane Ian.

The food booth was blocked off in order to prevent guests from thinking they could purchase.

The banner on The Tribute Store, as well as most banners around the park, were removed or rolled up to prevent damage.

Registers were removed from food stands throughout Universal Studios Florida, as well as food displays from this particular stand.

Many areas for Hollywood Horror Nights seemed to be closed off, with booths being shut and protected for the hurricane.

Areas seemed to be stripped back to what was not possible to remove in order to minimize any potential damage.

Banners throughout the park were rolled up to prevent damage.

Some of the scare zones were intact, with decorations still permeating the landscape of the park.

Scarecrow: Cursed Soil was still full of props when we left, but the overnight and ride-out crews have likely removed props.

Large items such as umbrellas were stored away safely.

Sandbags were made available for when the park closes.

Most of the booths were closed, and all of the bar carts were removed.

Showtime signs for Halloween Nightmare Fuel Wildfire showtime remained up, at least for the moment.

All outdoor registers were removed throughout the park.

Flags were rolled up similarly to the banners.

Some of the scare zones appear to be intact, including the Pumpkin Lord’s throne.

The pumpkin-filled netting in the Horrors of Halloween remained intact, though it was likely taken down soon after.

On our way out, we noticed the food booths being dismantled and prepared for Hurricane Ian.

They were making quick work of dismantling the booths around the park.

Decals were being taken off the booths and being put in storage.

As we were leaving, we got the news that Universal Studios Florida, Universal’s Islands of Adventure and CityWalk Orlando would be closing throughout the duration of Hurricane Ian for the safety of Team Members and guests. As of the writing of this article, all three sites are expected to reopen on Friday, September 30.