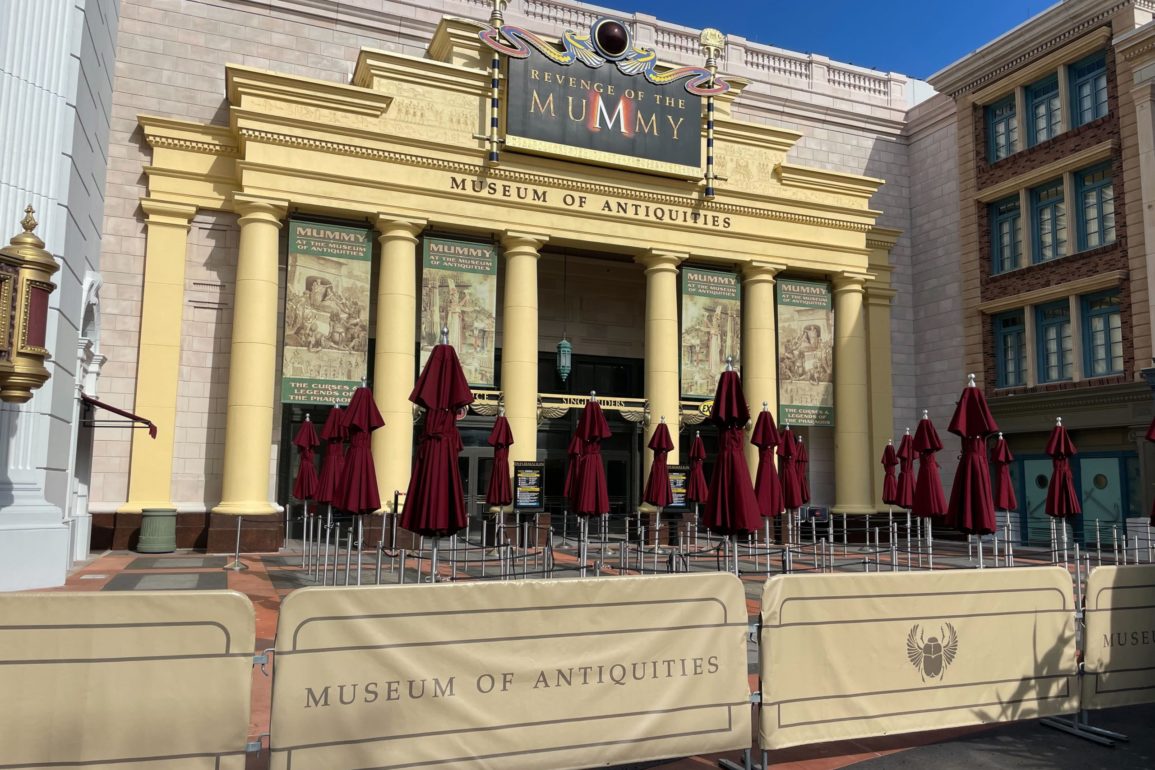 Things might be finally looking up for Revenge of the Mummy at Universal Studios Florida, since Team Members were invited to ride the coaster today.

Earlier this week there were delays with the cycling of ride vehicles, likely due to new sensors. Now that Team Members are being invited to test, these issues have been resolved. The plastic has finally been removed from the windows as well.

Team Members are invited to help ride test Revenge of the Mummy today from 11a-5p.

It is worth noting that Team Members are warned of potential “extended downtimes or interruptions” and that “certain effects may be offline temporarily as adjustments are made”.

As we previously reported, the main purpose of the refurbishment was to update the control booth (not to swap Brendan Fraser for Tom Cruise). The control booth is connected to every part of the attraction and is a very labor- and time-intensive task. Hopefully, the end of this refurbishment is nearing!

Previous
New ‘The Mummy’ Apparel By Her Universe Available Online