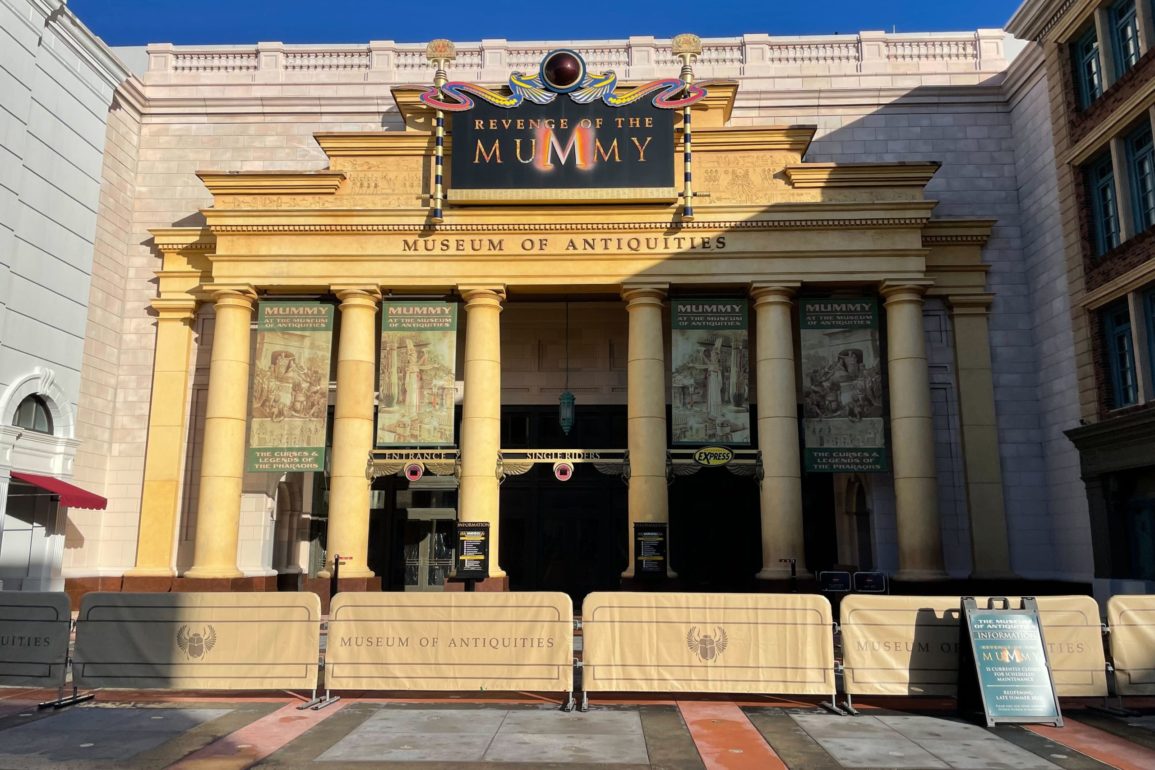 Revenge of the Mummy at Universal Studios Florida draws closer and closer to reopening (though no official date has been announced), and we can now confirm that Brendan Fraser has not been removed from the ride.

Rumors of his removal began back in January when the ride closed for its lengthy refurbishment. Theories ranged from Universal wanting to remove the movie-making aspect from the attraction to wanting to replace Fraser with Tom Cruise, who starred in the latest film in the franchise.

Rather than major changes to the storyline or characters, the refurbishment was for the control booth, which connects to nearly every aspect of the attraction. Work on the booth is a major process, which explains the length of the closure.

Fans of the roller coaster will be happy to know that Brendan Fraser still would have enjoyed his interview more if he had gotten his cup of coffee. (R.I.P. Reggie.)

Are you excited to ride Revenge of the Mummy when it finally reopens? Let us know in the comments.