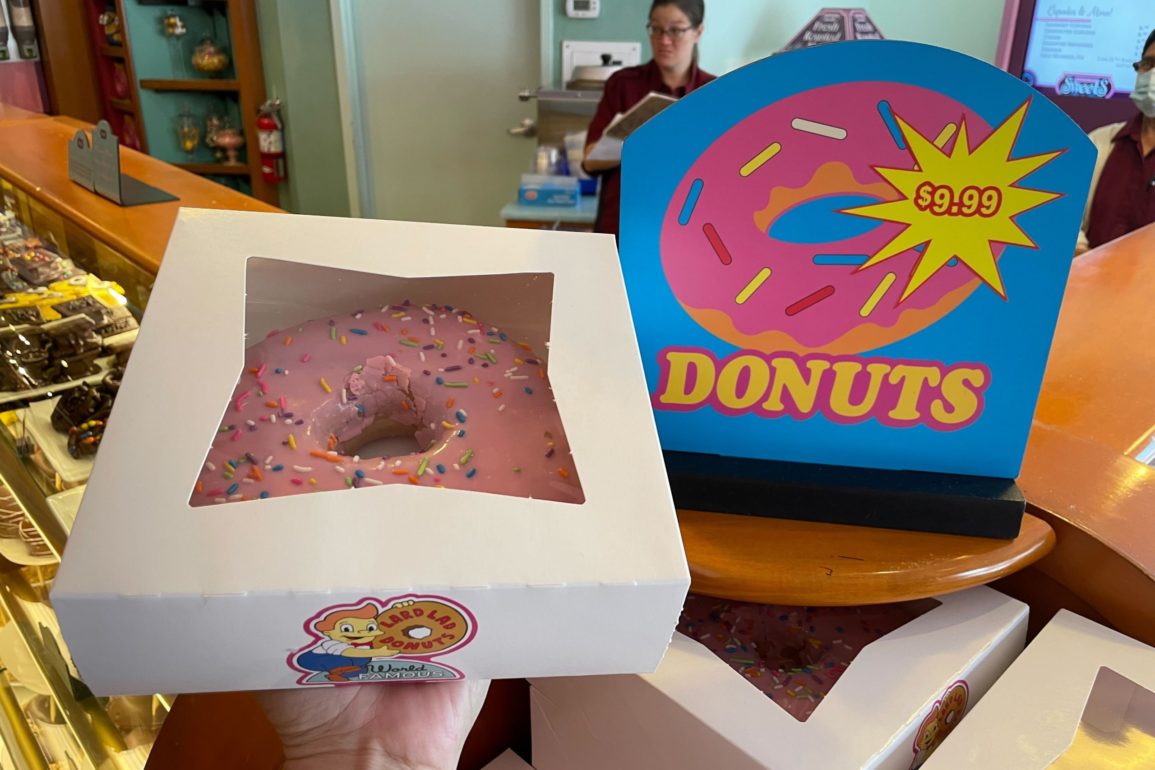 If you plan on visiting Springfield for a Big Pink Donut on your next trip to Universal Studios, bring a little more spending money than planned. After just being increased by $1 in March, the now (nearly) $10 donut could get an “eat my shorts” out of Bart Simpson.

It has now gone up another dollar to $9.99. At least we are not seeing both an increase in price and a decrease in size or quality. This Lard Lad favorite is just as tasty.

What do you think about the price increase for The Big Pink Donut? Will you still be buying it? Let us know in the comments.

If you love to eat in the parks, check out where food booths are emerging for Halloween Horror Nights 31.

Previous
Brendan Fraser Has Not Been Removed From Revenge of the Mummy, Halloween Horror Nights Updates, Curfew Enforced at CityWalk Orlando, and More: UPNT Weekly Recap (8/8/22-8/14/22)