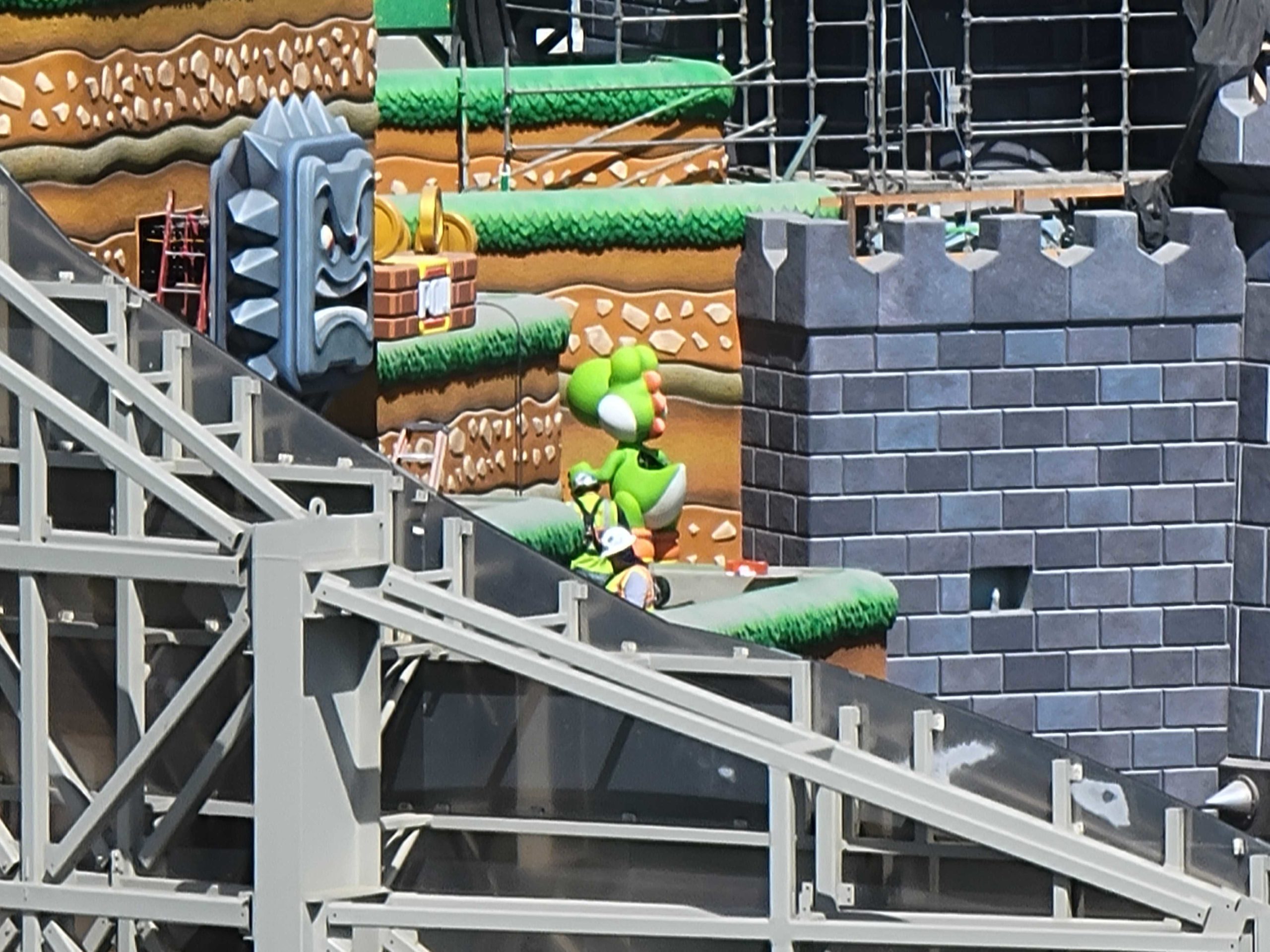 Yoshi and Pokey figures have moved into Super Nintendo World at Universal Studios Hollywood, which is currently under construction.

The land is surrounded by flat green hills.

Colorful boxes are now visible at the tunnel entrance to Super Nintendo World.

We already spotted a few piranha plants and gold coins during previous visits.

The Pokey is at the top of the land, next to the pyramids.

To the left, you can spy the Goomba installed earlier this year.

Scaffolding and tarp remain around the top of Bowser’s Castle.

Bowser’s face is barely visible on a shield emblem at the castle’s center.

It is still partially obscured by scaffolding.

We got a better look at the newest elements from this angle.

Paneling hasn’t been added to the entrance tunnel, but the colorful boxes all have painted diamonds.

Pokeys are stacks of yellow balls with green spikes.

Below this Pokey, we could also see a green and white 1-up mushroom.

Yoshi is across the land near the bottom of Mount Beanpole.

He’s near a Thwomp, above a stack of Goombas.

There are more gold coins on the platform above him.

Yoshi was facing away, towards Bowser’s Castle.

We then saw crew members turn him slightly.

From the ground, we saw a flat ice wall.

And we could just barely see the body of a Koopa Troopa.

The Koopa Troopa’s head was just out of view.

Exclusive Revenge of the Mummy Magnet, Plus Special Merchandise and Food Coming to Passholder Appreciation Days 2022 at Universal Orlando Resort