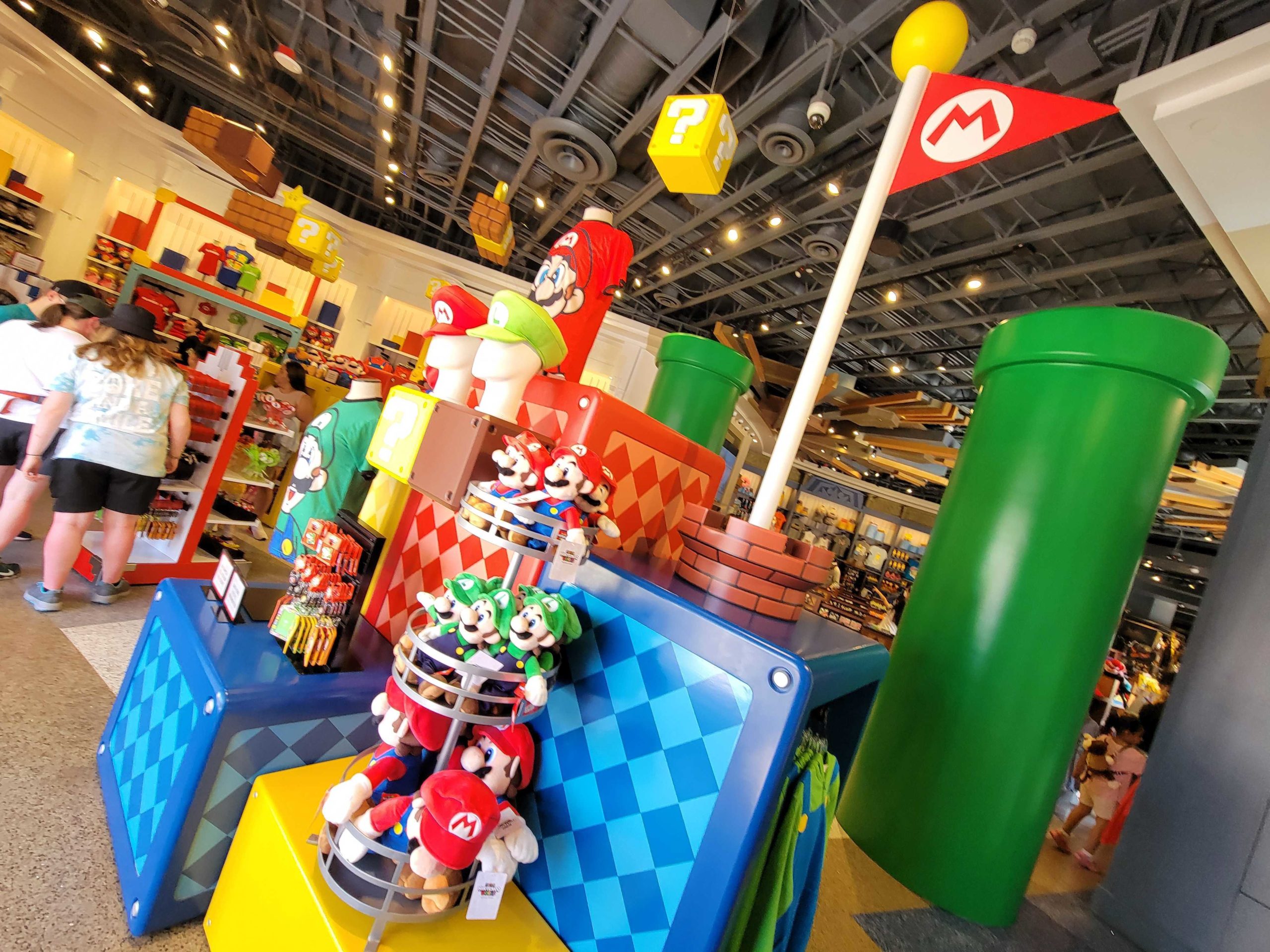 A section of the Upper Lot Studio Store in Universal Studios Hollywood is now dedicated to Super Nintendo World.

Super Nintendo World merchandise is in a display window, and a photo op is next to the entrance.

The photo op features Princess Peach’s castle on the wall. A floating yellow question mark box hangs in front of the wall.

The tops of the entrance archways and windows feature various Nintendo icons.

Inside, there are display racks and boxes inspired by different set pieces of Mario’s world.

A Mario flag sticks up from faux brick ramparts, atop a diamond-patterned clothing rack.

There are giant green pipes throughout the store.

More blocks hang from the ceiling, including question mark blocks and brown bricks.

A red and white mushroom sits atop one row of blocks.

A flower sticks out of another.

There’s also a yellow star on the blocks.

Merchandise displays are lined with color and full of Super Nintendo World merchandise.