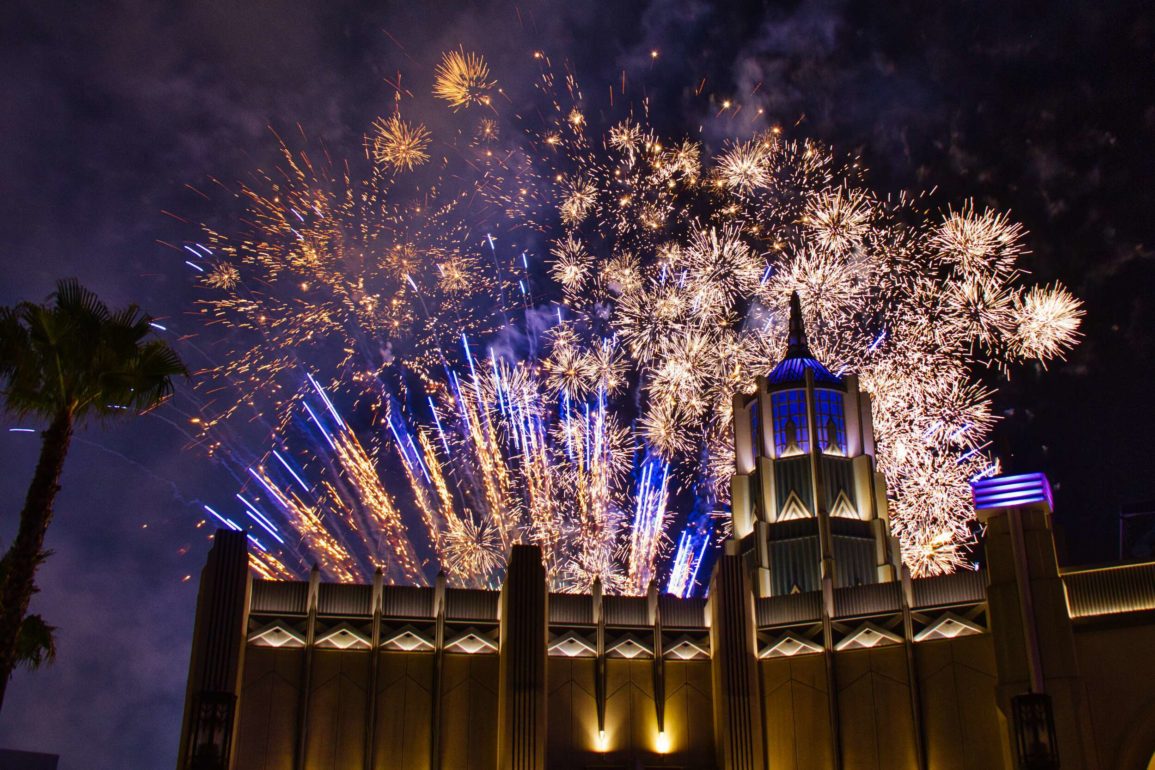 We kicked off our Independence Day weekend festivities with a trip to Universal Studios Hollywood last night. Their fireworks display is showing again tonight and tomorrow at 9 p.m. PT.

The park is dressed up for the holiday with patriotic Woody Woodpecker decorations.

Fireworks are launched from two separate locations for visibility purposes but the shows are the same. On the Upper Lot, they are launched from above the Animation Studio Store, and on the Lower Lot, from above Transformers: the Ride 3-D. Viewing areas are marked on the park map in blue.

The pyrotechnics are set off to a combination of patriotic anthems and Universal movie soundtracks, including two tracks sung by Minions.

It’s a smaller fireworks show than other parks put on but still better than most neighborhood shows. If you’re visiting the parks or looking for something different, it’s a fun but short show.

The smoke became an issue shortly after the show began, as it wasn’t dissipating fast enough and was travelling towards the guests in Universal Plaza.

The smoke billowed back and went into the Animation Store during the show, triggering the fire alarm. As we exited, firefighters were clearing the store.

You can catch the fireworks again tonight and tomorrow (July 3 & 4) at 9:00 p.m. PT. If you can’t make it over to the park, watch the full Independence Day fireworks display at Universal Studios Hollywood below.