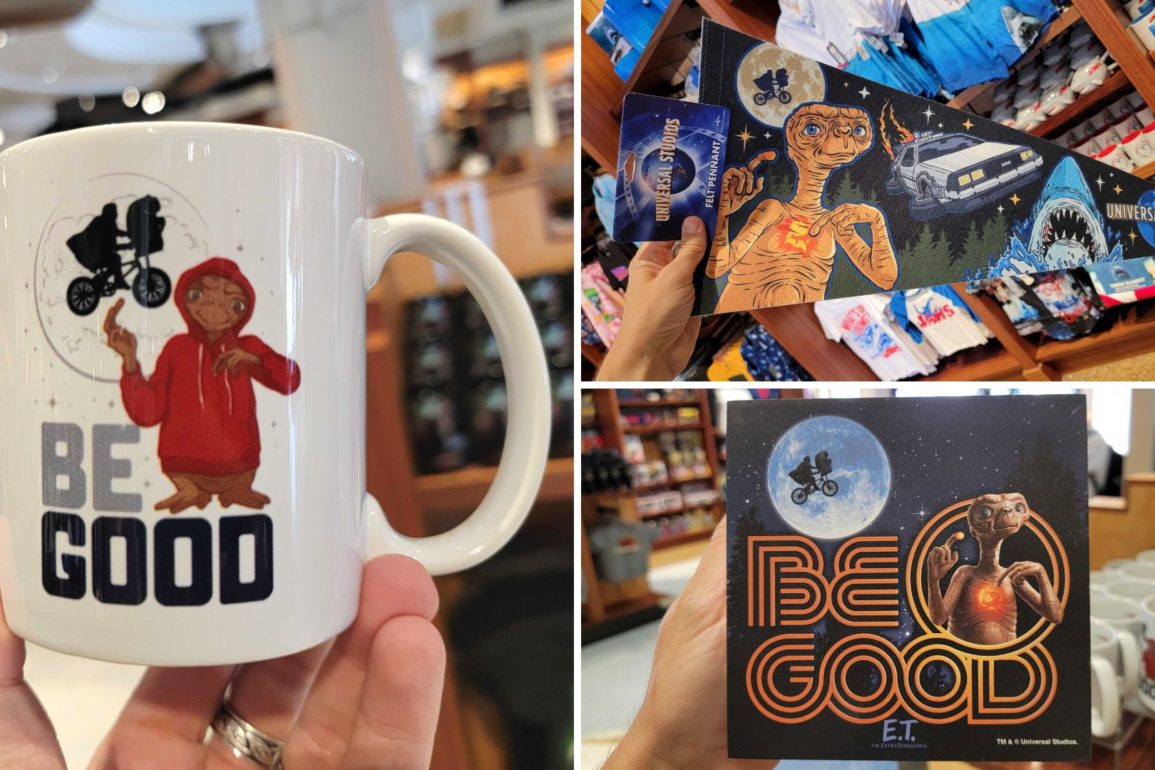 Some new merchandise featuring E.T. is now available at Universal Studios Hollywood, including a pennant for “E.T.,” “Jaws,” and “Back to the Future.” These items were all in the Universal Studio Store on the Upper Lot.

The pennant features E.T., the DeLorean from “Back to the Future,” and the shark from “Jaws.” The Universal Studios globe logo is at the end.

The other side of the pennant is plain white.

This block reads “Be good” in retro orange letters. E.T. and Elliott’s silhouettes fly over the full moon in the background, while E.T. is pictured in a circle next to “be.”

This raglan shirt has red sleeves and a heather grey torso. It also reads “Be good,” with E.T. pictured in a red hoodie. The iconic bike silhouette is behind him, but the moon is more subtle than on the sign.

Finally, the same “Be good” design from the tee is also on this white mug.

The image is on both sides.