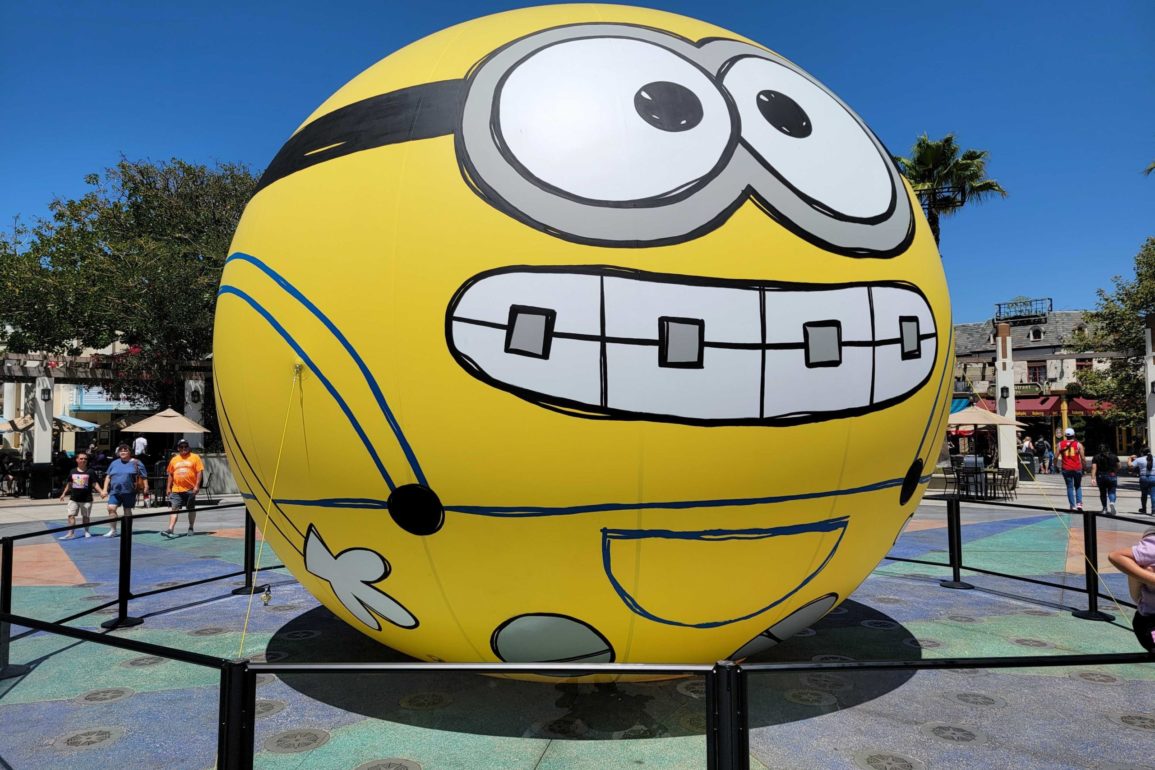 New Minions decorations, photo ops, and a game have arrived at Universal Studios Hollywood to celebrate the release of “Minions: The Rise of Gru.”

The same Minion inflatable is at the entrance to Universal Studios Florida.

The Minion looks like it was hand drawn on a gaint yellow ball.

It has a big smile with braces on its teeth, two eyes behind goggles, and the outline of blue overalls.

A “hug me” sign is taped to the back, but the inflatable is surrounded by a fence, so no hugging is allowed.

This one is blue and pink.

This one is orange and purple. Both advertise “Minions: The Rise of Gru,” in theaters on July 1. Minions will meet in front of them sometimes.

In fact, we later ran into the new Minion Otto greeting guests in front of the pink and blue wall.

Between the photo walls is this light game.

The backdrop has a teal and pink tie-dye pattern, and a giant boom box at the top. Some Minions in tracksuits are on either side of the backdrop. The game is for two players. The buttons on this grid light up and the players have to hit them. The same game is available at Universal Studios Florida.

A dance party overlay is now playing at the exit of Despicable Me Minion Mayhem, just like at Universal Studios Florida. The gift shop also has these new plastic bags, which aren’t specifically for “The Rise of Gru.”

They are branded for the ride and feature three Minions peeking out from the sides. It’s a small bag, but perfect for keychains, pins, or other small souvenirs.

Previous
More New ‘Jaws,’ ‘Back to the Future,’ and ‘E.T.’ Merchandise at Universal Studios Hollywood