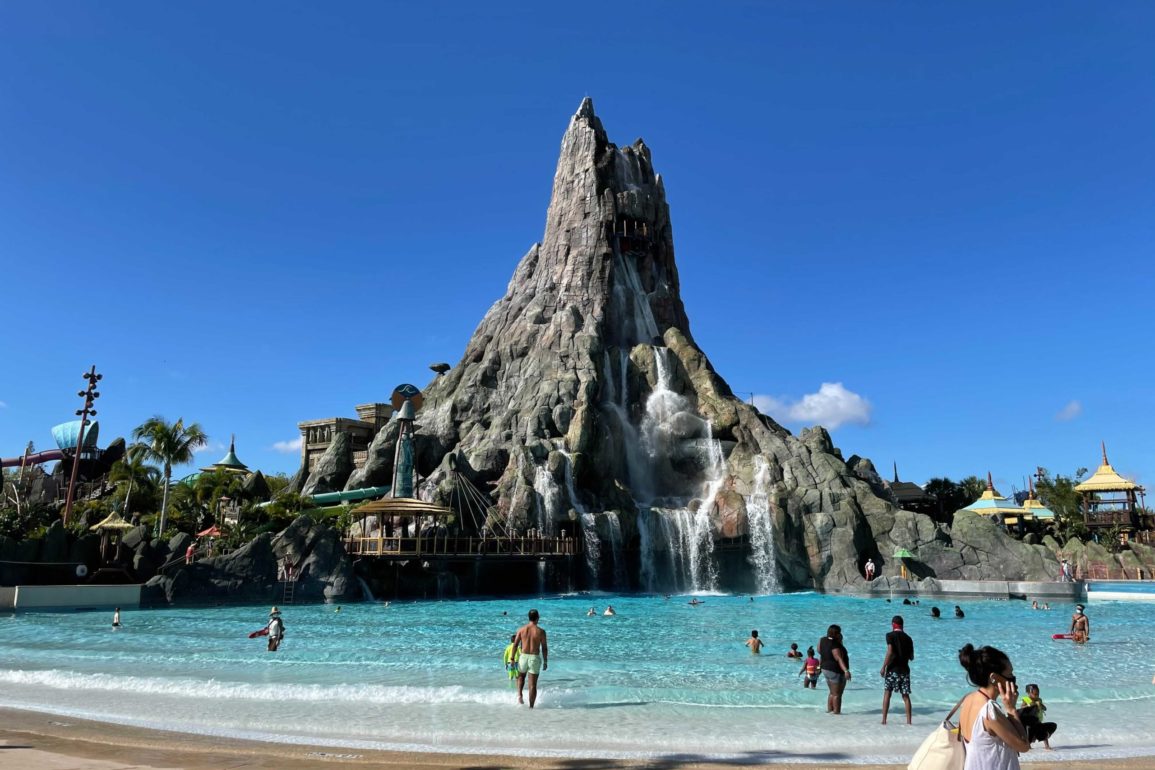 Man Sneaks Into Closed Bar, Pours Himself a Drink, Becomes Trapped, and Gets Arrested at Universal’s Volcano Bay Water Park

It sounds almost like a punchline to a joke: A man walks into a theme park bar and pours himself a drink. The end result, in reality, is less funny, but that’s exactly what happened to a man arrested at Universal’s Volcano Bay water park.

Illinois resident Thomas Burage, 32, was arrested for petit theft and burglary after he entered a closed Volcano Bay restaurant and helped himself to a drink, according to an Orlando Police arrest report detailing the June 22 incident. The theft charge was a misdemeanor, and the burglary was a second-degree felony, Orange Circuit Court records showed.

“Universal Security had discovered a door that had been broken leading into one of the closed concession restaurants (Krakatoa Katy’s) on property. Security then played back the security footage from within the restaurant,” the police report said.

At around 7:10 p.m., the footage showed a man wearing green swim trunks and a pink belt bag entering through the building’s unlocked door. He grabbed a cup and poured himself an alcoholic beverage from behind the counter. But when he tried to leave, he was stuck inside.

“He then walks toward the exit doors, which were locked and secured. After realizing the doors were locked, Burage then slammed his shoulder into the door approximately 3-4 times,” the report said.

“This action caused the locks on the doors to break, and the doors swung open due to the force from Burage’s shoulder hitting them so hard. Burage then left the restaurant in an unknown direction into the park area,” the police report went on to say. The broken door cost $1,700. The unidentified drink Burage took cost approximately $50, the police report said.

Burage was detained and questioned. He admitted he should not have gone inside the closed restaurant and taken the drink,  saying he “f***** up,” according to the report. He was arrested and was taken to jail.

He does not have an attorney listed in court documents, and no phone number was listed for Burage in the police report, so he could not be reached for comment.