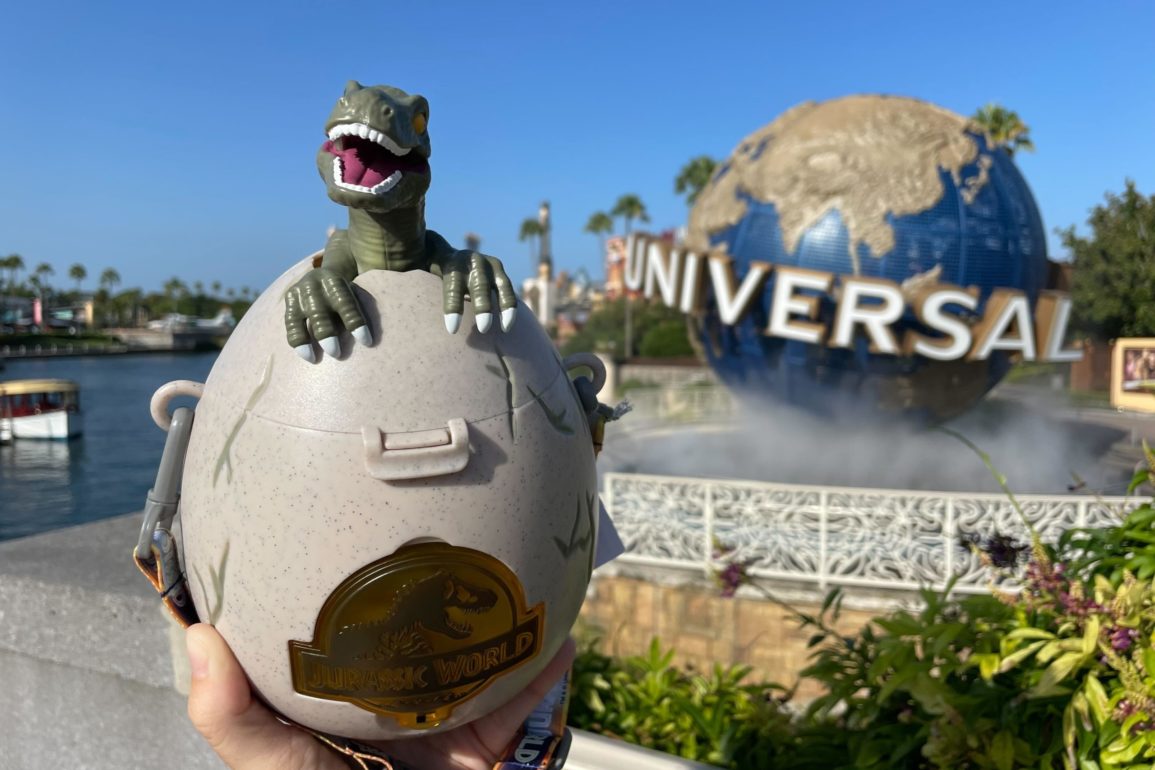 The popcorn bucket features a speckled egg design with the “Jurassic World” logo in gold on the front. A baby dinosaur hangs from the top of the cracked egg.

The popcorn bucket has a switch under the logo and lights up. It comes with three LR44 batteries, but they are replaceable when needed. The entire logo panel pops out to change the batteries.

When you close the bucket, the emerging baby Velociraptor sits on top.

Will you be bringing home this popcorn bucket? Let us know in the comments!