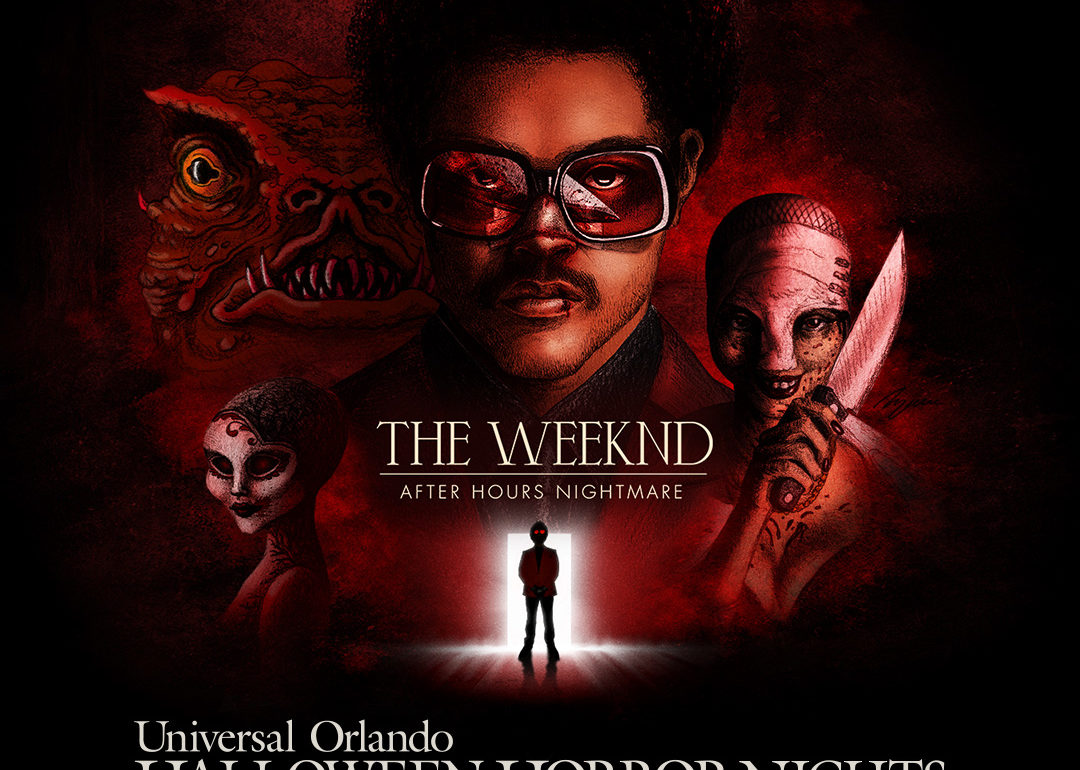 “Enter the macabre mind of The Weekend in this haunted house as he stalks you through the surreal nightmare of his After Hours music.”

The house will appear in both Orlando and Hollywood for the 2022 event.