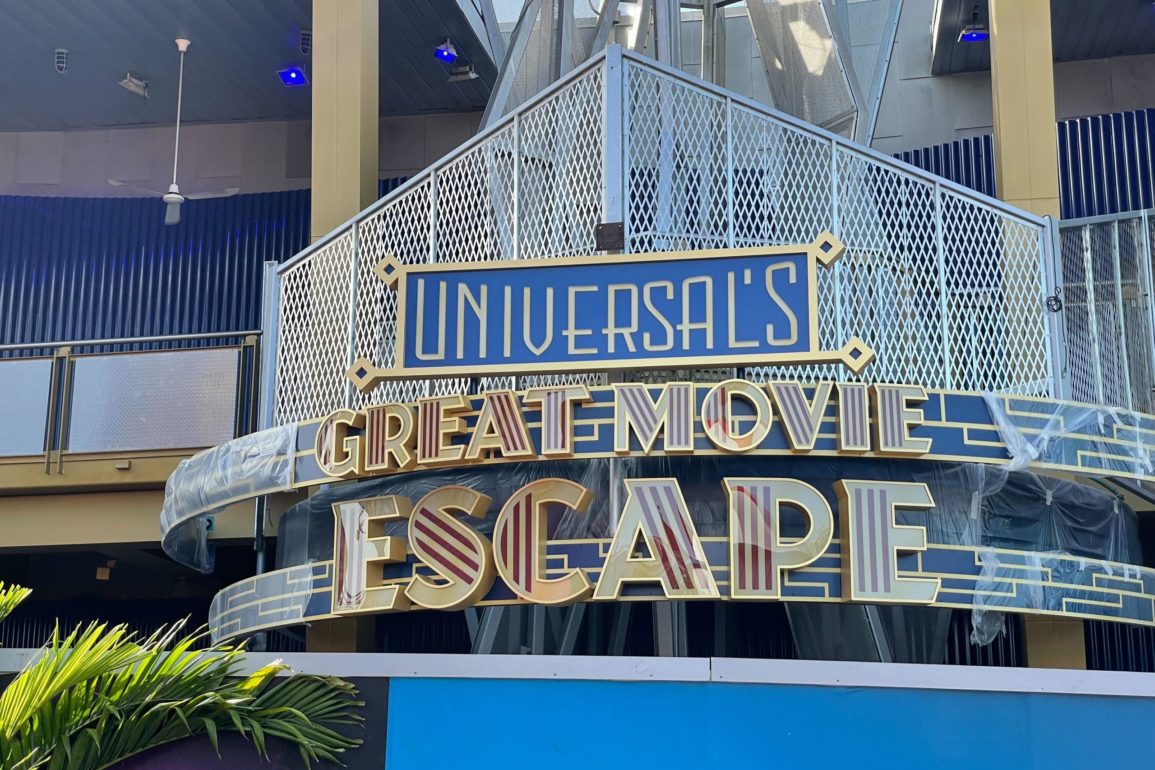 The sign is mounted on the silver tower that was once part of The Groove.

It utilizes art deco lettering in gold, with red accents. “Universal’s” is on a blue rectangle.

Universal’s Great Movie Escape will include two rooms inspired by “Back to the Future” and “Jurassic World.” It will open this fall.