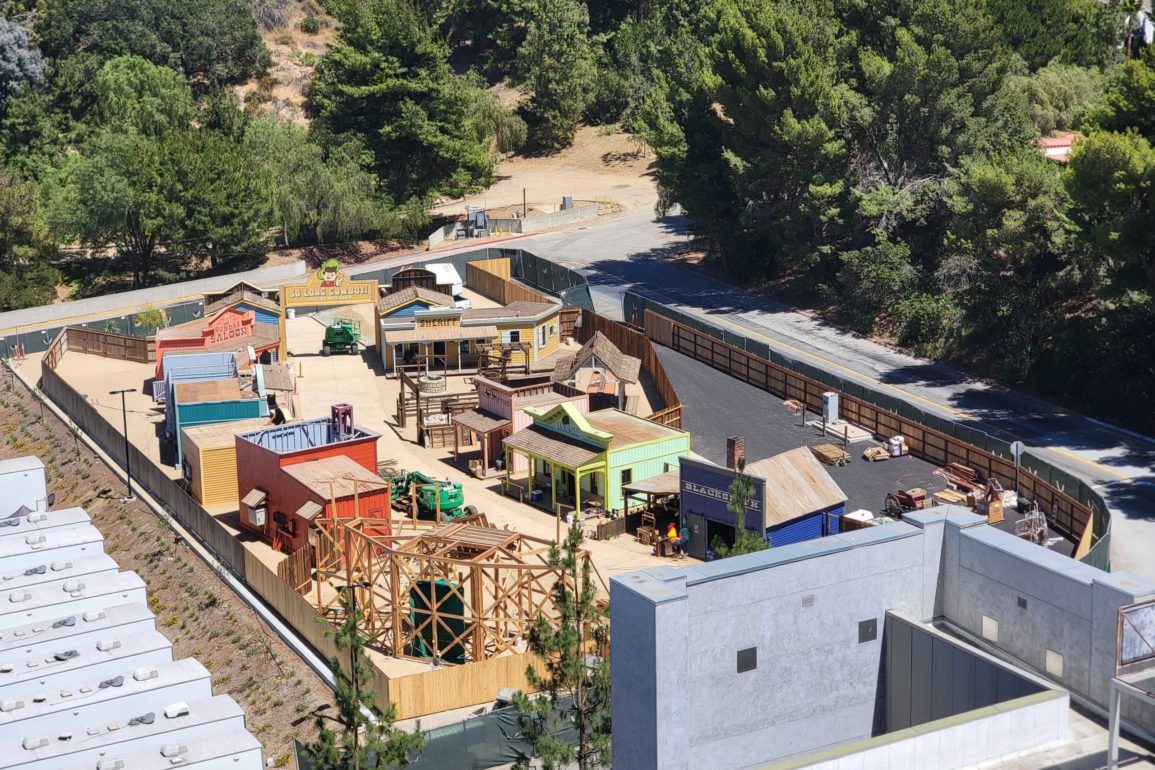 A Western town inspired by the upcoming film “Nope,” written and directed by Jordan Peele, is under construction at Universal Studios Hollywood, possibly for Halloween Horror Nights 2022.

Some of the town is visible from the Studio Tour, in the Falls Lake area.

There is a façade for “Jupiter’s Claim,” a tourist trap that appears in the film.

There appears to be a blood-covered horse statue next to the Jupiter’s Claim entrance.

A wooden fence surrounds the town, followed by a fence covered in a green tarp to block it from guests’ view.

Many of the town’s façades are actually completed.

Some wooden structures yet to be decorated are visible.

We got a better view of the town from the top of the E.T. parking structure.

There are colorful buildings, including a lime green bank and a pink post office.

A giant rooster sits outside the blue blacksmith building.

This large structure at the end of the town has yet to be completed.

A cherry picker vehicle was parked at the center of the town. Stacks of wood were next to it.

There is a “Sundae Saloon” near the entrance archway.

Another cherry picker was just past the entrance. We didn’t see any construction work ongoing when we visited.

“Nope” will hit theaters on July 22, 2022, and is sure to be another Jordan Peele hit, so it’s no surprise that Universal Studios Hollywood may be preparing to incorporate it into Halloween Horror Nights. Watch the trailer for “Nope” below and catch a glimpse of Jupiter’s Claim.