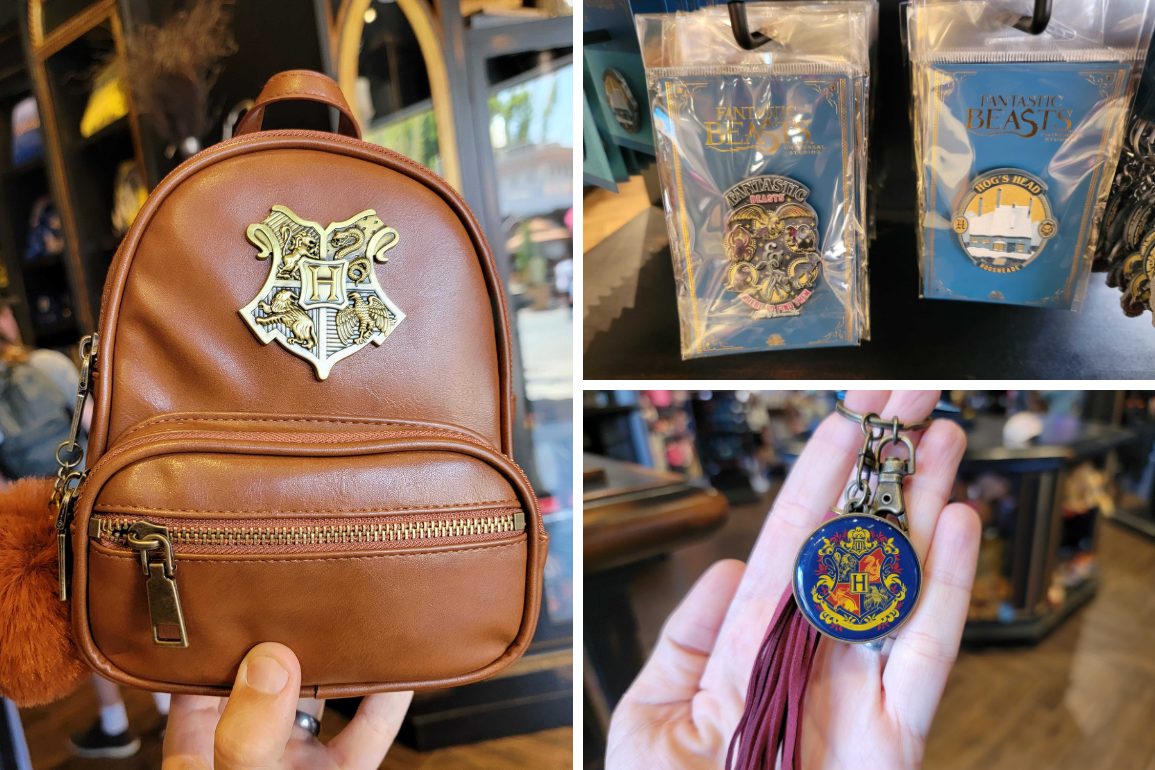 Though the latest installment has been out for some time, we’ve found more merch from the “Fantastic Beasts” series at the Universal Studio Store Upper Lot at Universal Studios Hollywood. The merch drop also came with plenty of new items from Hogwarts as well.

This magnet has all the new and old creatures seen in “Fantastic Beasts: The Secrets of Dumbledore” from the adorable baby Qilin to the awe-inspiring Phoenix.

This simple (but wonderfully colored) magnet shows a picturesque scene of the Hog’s Head from Hogsmeade dusted in snow.

The faux-leather backpack has a large golden symbol of the Hogwarts Houses on the front and a small zippered pocket below it.

The zipper has a large brown pom-pom for extra ‘wow’. The zippered pouch on the front is revealed to have two separate pockets.

The backpack has two metal loops to convert into a messenger bag.

The back has two adjustable faux-leather straps and the inside opens to reveal a decent amount of space.

The Hogwarts crest sits on a background of royal blue. The houses are not their usual variety of colors but rather red and yellow. The tassel is a deep red with a brass key loop.

The same red and yellow Hogwarts crest from before but on a blue button background and circled with more brass.

This merch drop has something for every Hogwarts student (or alumni) to show off their school spirit! Let us know what you think of these items in the comments below!