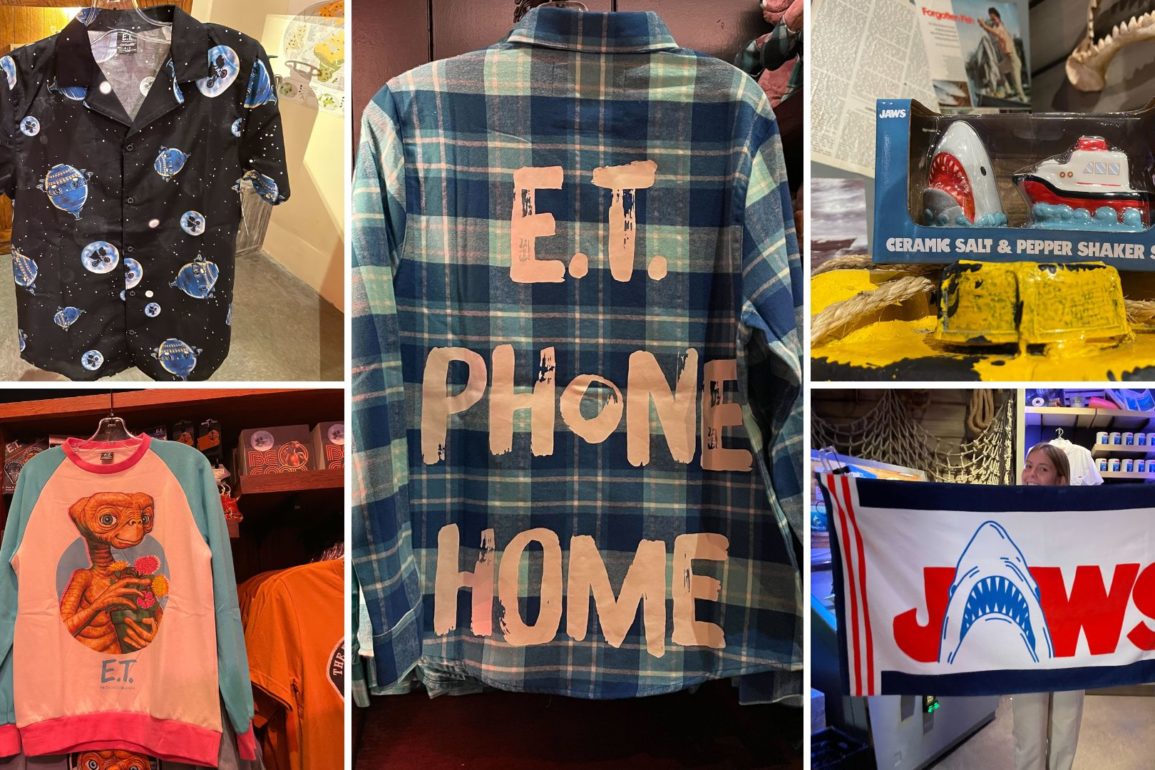 Some more new “E.T.” and “Jaws” merchandise has arrived at the Tribute Store in Universal Studios Florida.

It’s patterned with images of the moon, with E.T. and Elliott flying across it, and E.T.’s spaceship.

Both this shirt and the flannel shirt below are by Cakeworthy.

This flannel is striped with shades of blue and white.

E.T.’s face is on a patch sticking out of the left breast pocket. “E.T.” is embroidered on the collar.

“E.T. Phone Home” is printed on the back in white letters.

The sleeves have brown buttons.

This sweatshirt has a white torso, light blue sleeves, and pink ends.

E.T. is pictured on the front holding a pot of geraniums.

A set of the “E.T.” Blu-Ray and DVD is also available now if you don’t have the movie at home yet.

This towel is mostly white, with dark blue stripes on the edges. There are thin red stripes near the ends. “Jaws” is in red across the center, with a blue shark replacing the “a.”

One is shaped like a shark emerging from the water.

The other resembles the Orca, the boat the heroes of “Jaws” traveled on.

What “E.T.” and “Jaws” merchandise have you bought from the Tribute Store? Let us know in the comments.