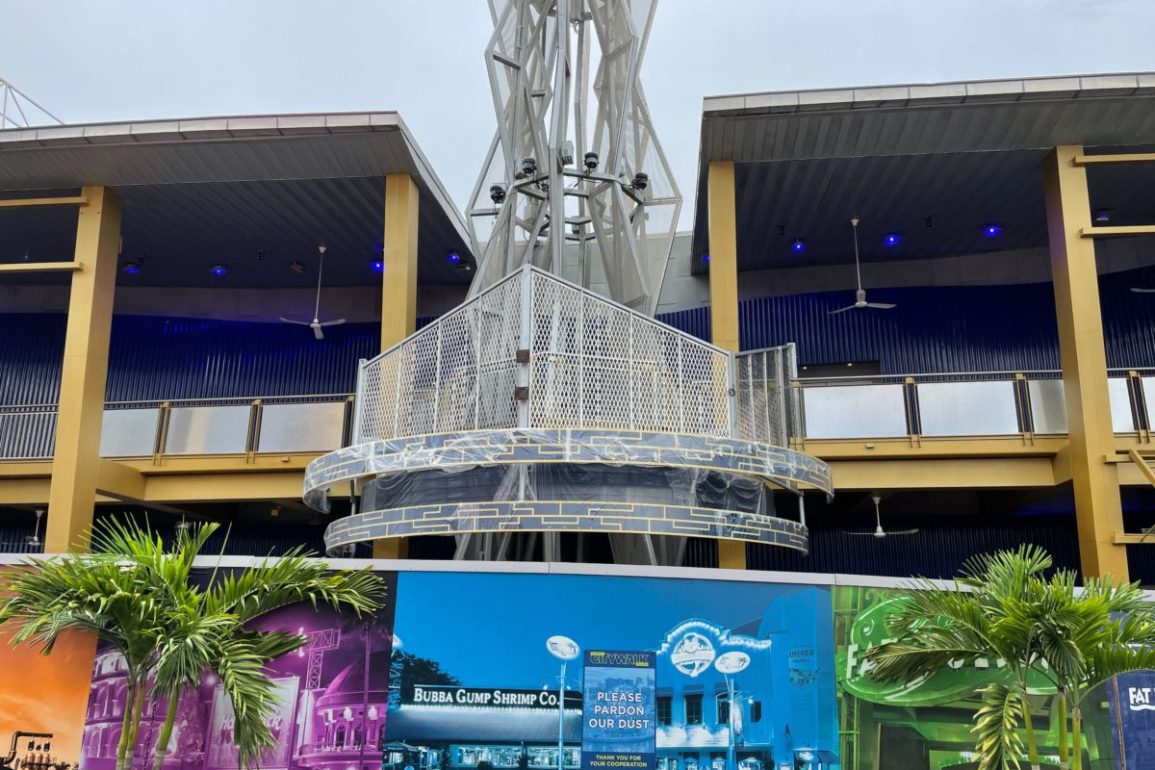 Some new details have been added to the façade of what was once The Groove in Universal CityWalk Orlando and may soon house escape rooms.

New circles have been added to the center of the metal tower at the entrance.

They are visible just above the construction walls.

The metal circles are black with yellow linework across them. They are wrapped in clear plastic right now.

Last month, crews repainted some of the building’s exterior.

Universal recently trademarked “Universal’s Great Movie Escape,” supporting the theory that they are developing escape rooms. The rumored escape rooms could be inspired by “Back to the Future” and “Jurassic World,” but nothing has been confirmed.