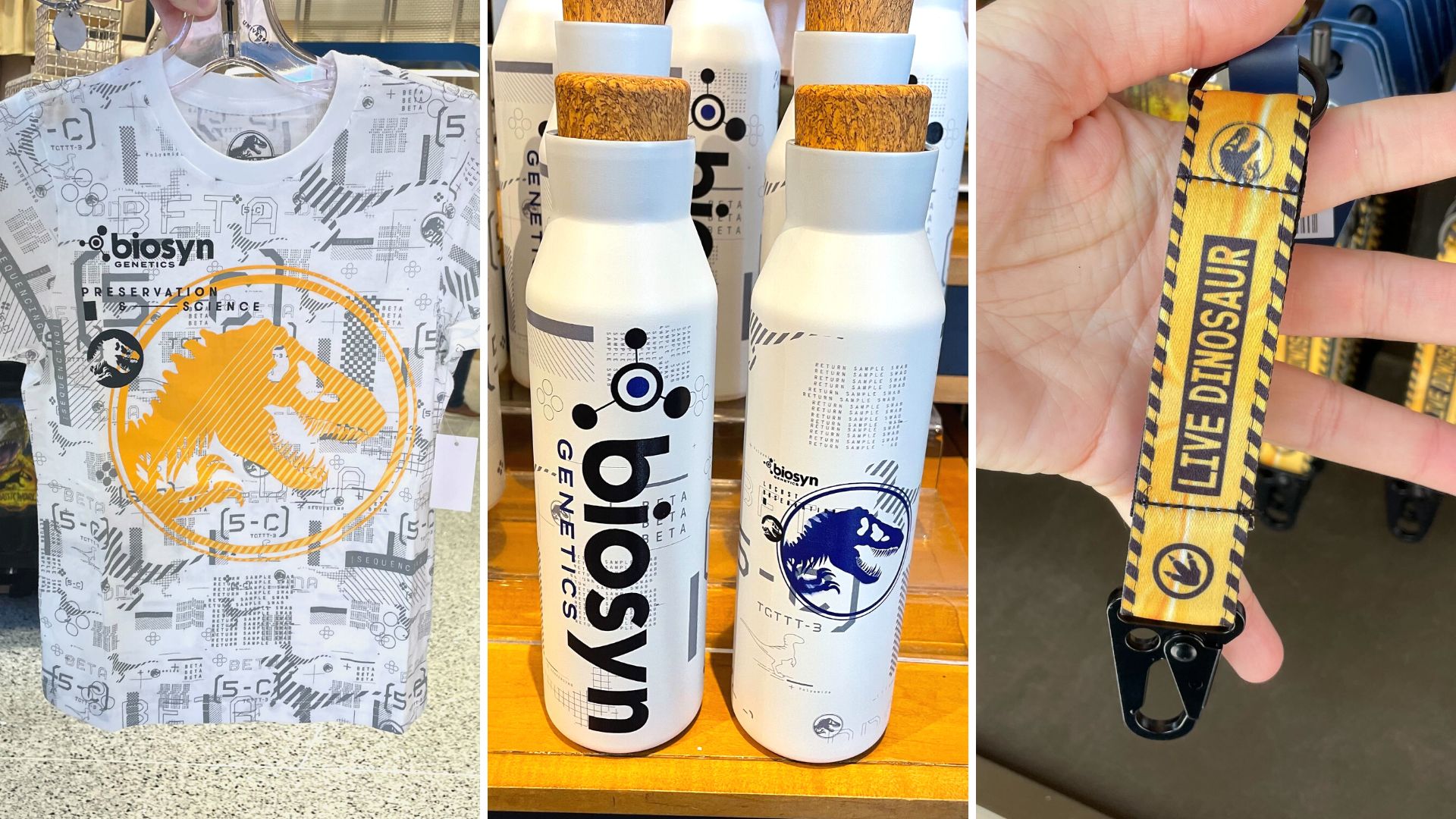 We’re days away from the release of “Jurassic World Dominion,” and merchandise for the film continues to arrive at Universal Orlando Resort. This week we found a new Biosyn Genetics bottle and shirt, as well as a “live dinosaurs” bag charm.

The bottle is white with a cork lid.

The Biosyn Genetics logo is down one side.

“Biosyn” is in black letters, and “Genetics” is in blue.

In the background and around the rest of the bottle is scientific imagery.

The T. rex skull logo of “Jurassic World” is in blue.

The cap twists off.

This was in the Universal Studios Store in CityWalk.

This charm is a yellow strap reading “live dinosaur.”

The edges of it have black stripes, like caution tape.

The other side reads “caution.” The “Jurassic World” logo and a dinosaur footprint are at the ends.

This T-shirt has a similar design to the water bottle.

The Biosyn Genetics logo is on the right breast in black letters.

A yellow version of the “Jurassic World” logo is large on the front.

The background imagery has silhouettes of dinosaurs and sequencing data.

The pattern continues onto the back. This was also in the Universal Studios Store in CityWalk.

Pair this shirt and accessories with a “Jurassic World” ball cap or phone case.