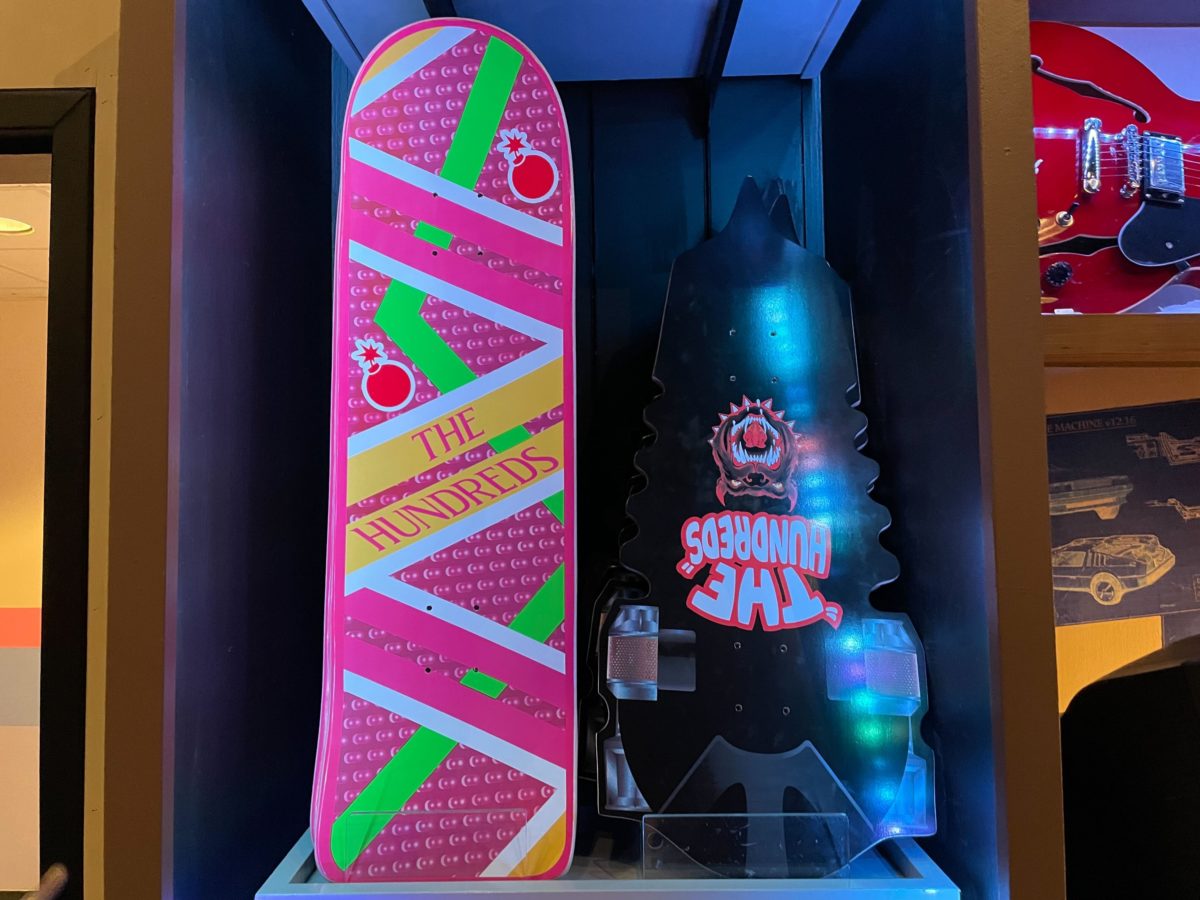 The summer Tribute Store at Universal Studios Florida is now selling skateboard decks by The Hundreds inspired by the hoverboards in “Back to the Future II.”

It’s pink, with a dotted background, and solid stripes across it.

The stripes are yellow, green, pink, and white.

“The Hundreds” is across the yellow stripes in the center, instead of “hoverboard.” There are two red bombs pictured against the background.

Circles resembling the hover tech are on the bottom of the deck.

Wheels can be installed at the center of the grey circles.

The “Back to the Future” and Amblin Entertainment logos are on the bottom, too.

This deck is black, with an angry pit bull pictured in the center.

The back of the deck is rounded, while the front comes to a point. It has indents along the sides.

There are silver designs at the back, resembling the rockets on the movie version of the board.

Instead of “Pit Bull,” it reads “The Hundreds” in red and white lettering. The dog is wearing a spiked collar and is pictured with a reddish tint.

The rocket design continues on the bottom.

It also has circles where the wheels can be installed.

Will you be using one of these “Back to the Future” skateboard decks? Let us know in the comments.

‘Jaws’ and ‘E.T.’ Returning to Theaters This Summer, Both Available in IMAX for First Time