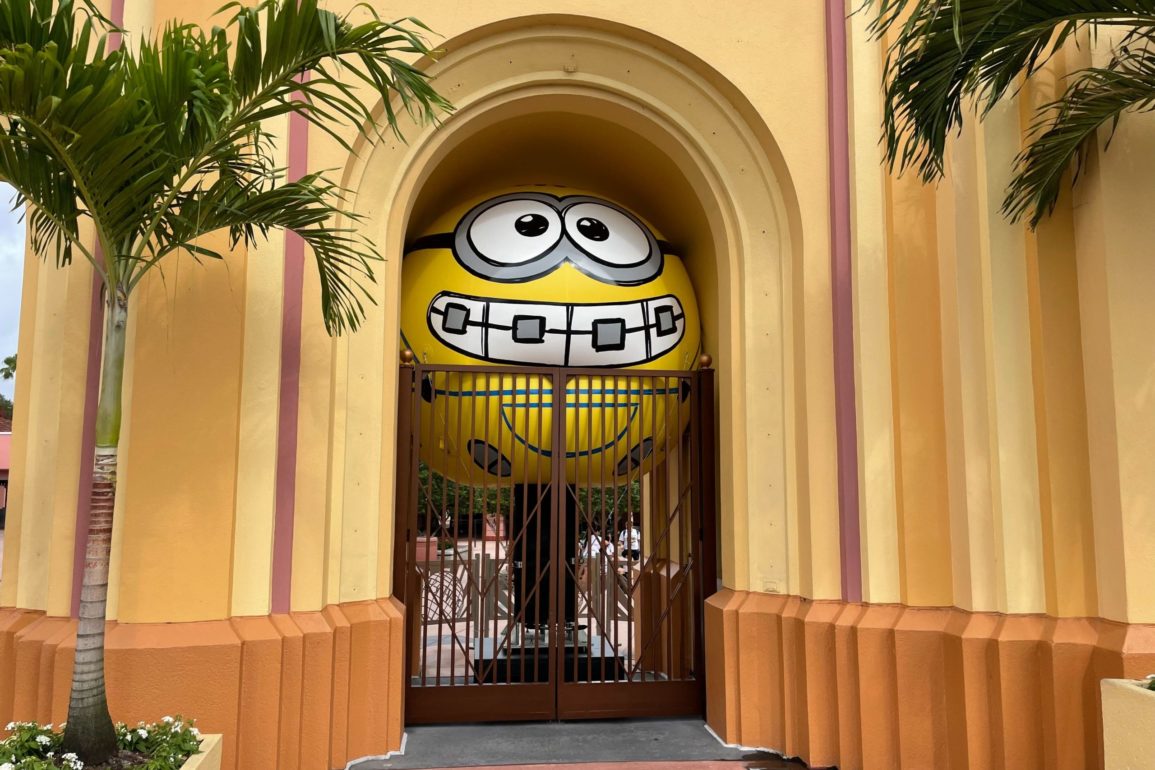 Giant Minion Inflatables Take Over the Entrance to Universal Studios Florida in Preparation for ‘Minions: The Rise of Gru’

This morning we were greeted at the entrance of Universal Studios Florida with giant Minion inflatables. And, of course, the “Minions: The Rise of Gru” sign from earlier this month. These balloons come as an addition to the Minions takeover involving more décor, a special dance party, and new photo ops.

The Minion inflatables are being kept safely behind the gates.

They are tucked under the arches to avoid rain and wind from Florida’s turbulent summers.

Both Minions are giving their biggest welcoming smiles.

From the back, one of the Minions has a sign attached saying, “Hug Me.”

What do you think of the Minion takeover? Cute or like Halloween Horror Nights come early? Let us know in the comments below!